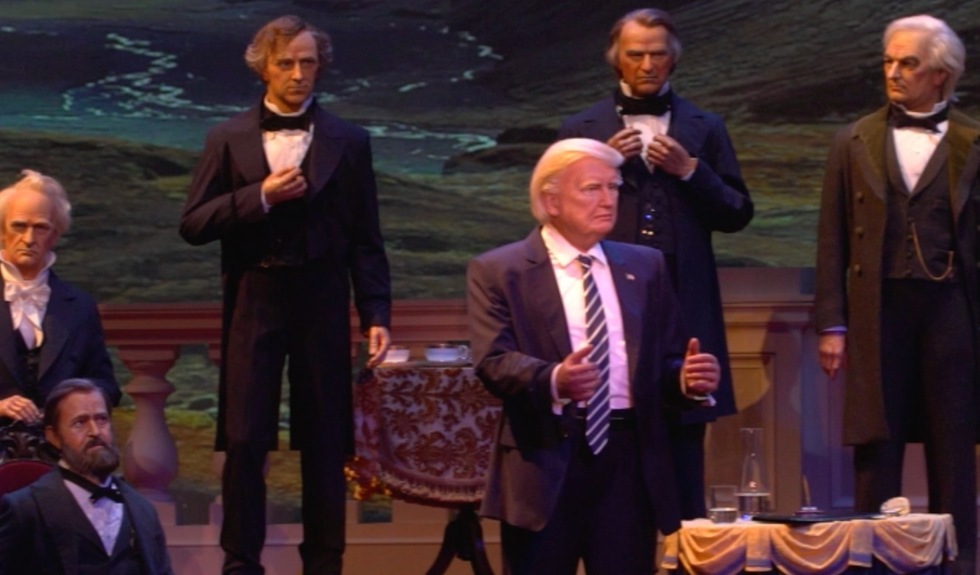 About six months behind its usual post-election refurbishment schedule, Walt Disney World has unveiled its Audio-Animatronic version of the current president of the United States, including a short recorded monologue by him about the American spirit.

The attraction officially opens to the public on Tuesday, December 19.

The Hall of Presidents, running since 1971 when Richard M. Nixon was in the White House, is a sit-down indoor show at Magic Kingdom's Liberty Square area in which robotic versions of all past presidents are introduced to the audience by name. Since the early 1990s, the sitting president has recorded his own words. Abraham Lincoln receives a longer solo moment in which he recites snippets from the Gettysburg Address.

Trump's message says, in part, "I, Donald John Trump, do solemnly swear that I will faithfully execute the office of the President of the United States and will, to the best of my ability, preserve, protect, and defend the Constitution of the United States, so help me God"—the oath presidents swear at inauguration.

Additionally, the previous narrator, Morgan Freeman, is no longer a part of the show.

The most notable addition to the attraction isn't the Trumpbot though. It's the *spikes* they installed around the stage. pic.twitter.com/VhbXwS9zT3