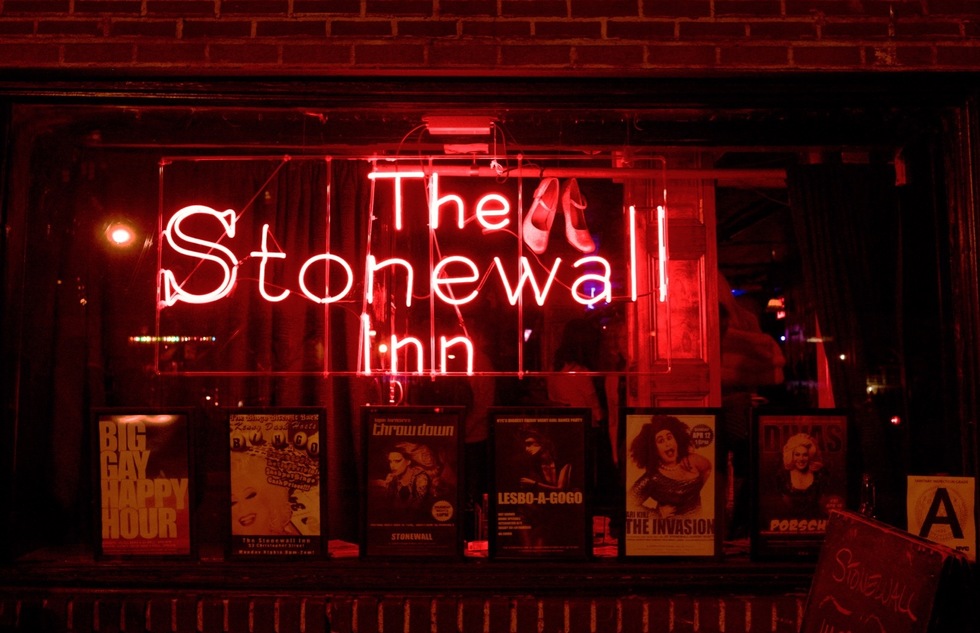 This summer marks the 50th anniversary of the Stonewall rebellion of June 1969, when gay and transgender bargoers resisted a police raid on the Stonewall Inn of New York City's Greenwich Village. Rioting lasted for days and launched the modern movement for LGBTQ rights.

Starting at the Washington Square Arch in Lower Manhattan, the 3-hour guided stroll takes you through the winding streets of Greenwich Village's western section.

There are stops at numerous addresses associated with queer icons, including the house where closeted playwright Lorraine Hansberry (A Raisin in the Sun) lived in the 1950s and the spot on the aptly named Gay St. where Cyndi Lauper danced home in the morning light in the video for "Girls Just Want to Have Fun."

Guides, each of whom identify as LGBTQ, also pause at the sites of now-vanished institutions such as the Oscar Wilde Bookshop—believed to be the first bookstore devoted exclusively to gay and lesbian authors. Additionally, attendees can pay their respects at monuments like the triangular New York City AIDS Memorial near the old St. Vincent's Hospital and George Segal's ghostly Gay Liberation statues of same-sex couples in Christopher Park. 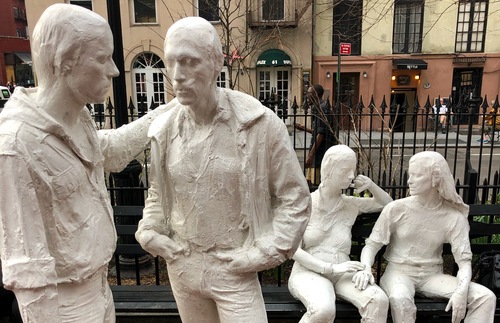 Time spent inside the nearby Stonewall Inn is of course part of the itinerary, too. In fact, you could think of the tour as a low-impact pub crawl—in addition to the Stonewall, groups file into piano bar Marie's Crisis for a show tunes sing-along and into Julius' to learn about a pre-Stonewall "sip-in" held there to challenge a city law banning the sale of alcohol to homosexuals.

To honor the protesters—and to stick with the theme—order a Brooklyn-brewed Gay beer while you're at Julius'. Note the adorable little red bandanna emblazoned on the can. 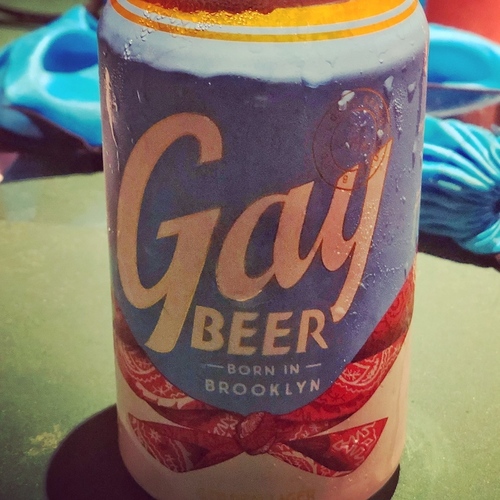 Tickets for the LGBTQ Greenwich Village tour are $79 per adult (kids aren't allowed on account of the bar visits). Though it's on the steep side, the price does include one drink at Marie's Crisis and an ice cream cone at Big Gay Ice Cream. Visit the New York City Urban Adventures website for more information or to make a reservation.