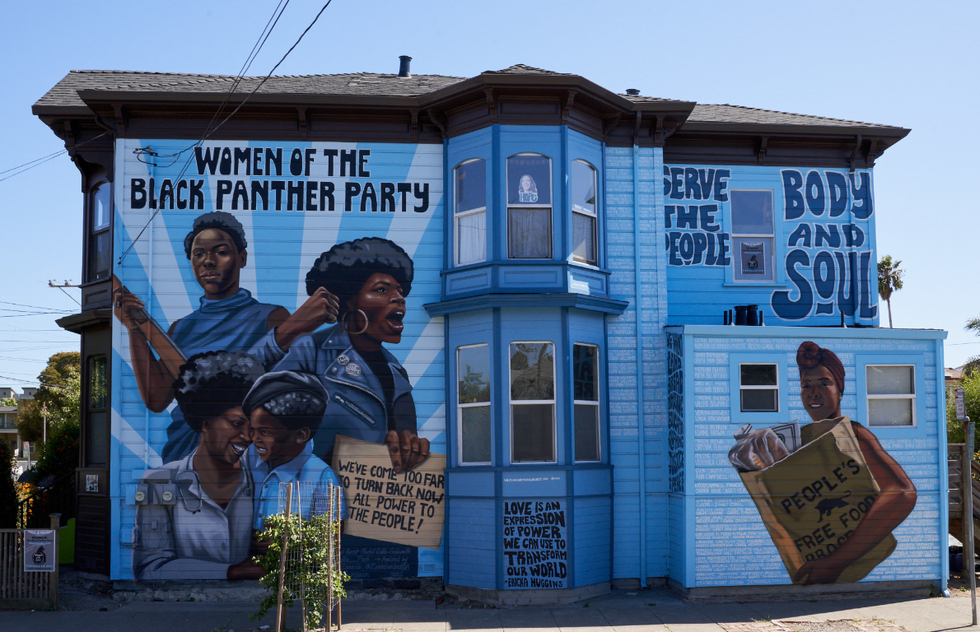 A "mini museum" dedicated to chronicling the history of the Black Panther Party is opening in the same California city where the Black Power political organization was headquartered.

Located on the first floor of a Victorian home at the corner of Center Street and Dr. Huey P. Newton Way in West Oakland in the San Francisco Bay Area, the 1,000-square-foot exhibit will begin welcoming guests on Saturday, June 19, coinciding with the Juneteenth holiday commemorating the end of slavery in the United States. 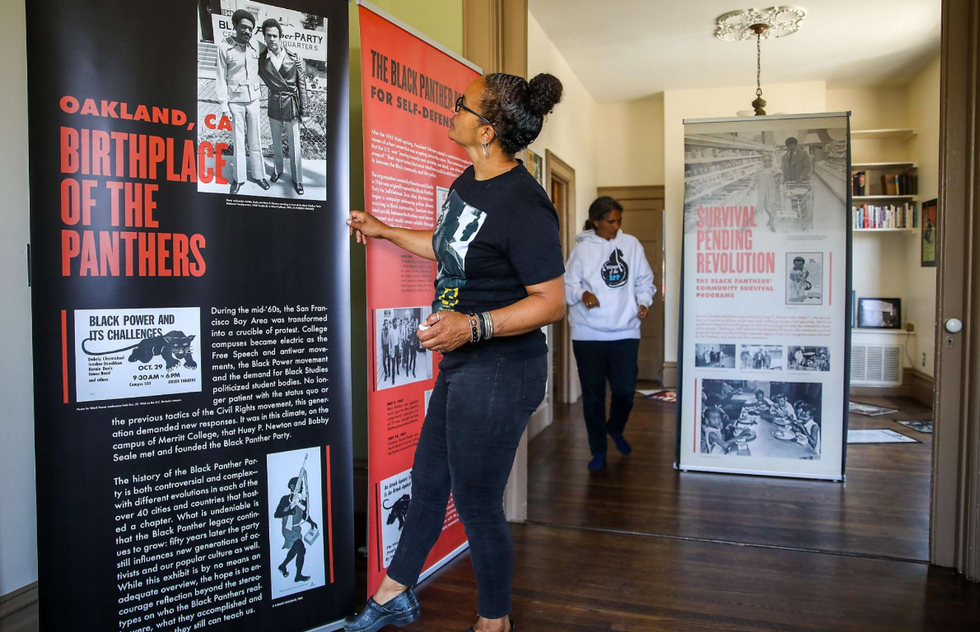 You can't miss the building: Its exterior (pictured at the top of this post) is adorned with a mural, unveiled earlier this year, honoring the women of the Black Panther Party.

The house sits on the same corner where Huey P. Newton, who founded the group with fellow activist Bobby Seale, was fatally shot in 1989.

Homeowner Jilchristina Vest told the San Francisco Chronicle she wanted to convert the space into a museum because "it felt like it needed to be something more than somebody’s apartment."

The opening exhibit, curated by local archivist Lisbet Tellefsen, uses banners, posters, historical photos, and artwork to tell the history of the group, which was active from 1966 to 1982. 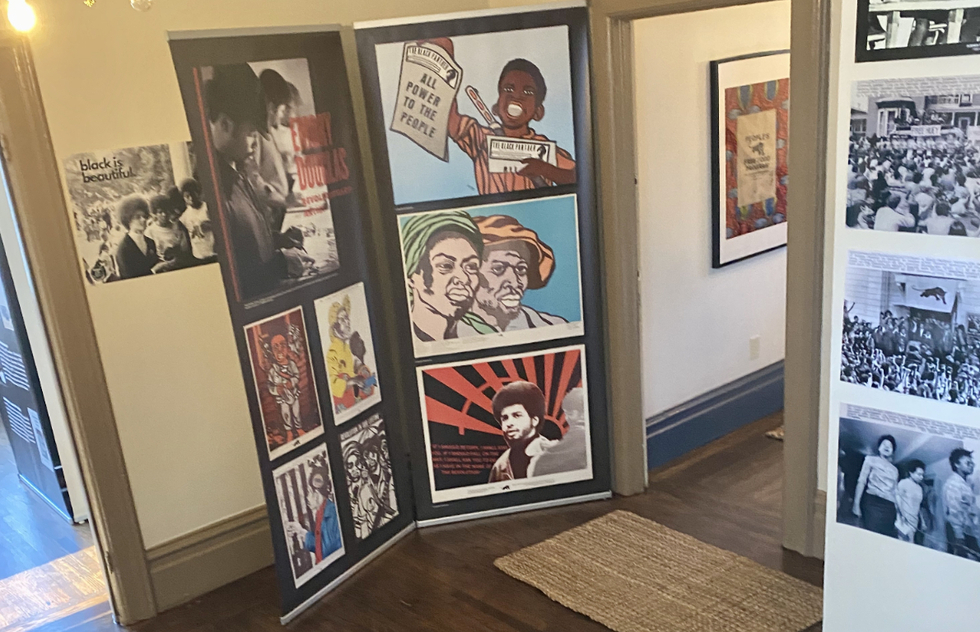 Displays give special attention to the party's many women-led community service programs that distributed free breakfasts, medical services, clothes, and other essentials to community members in need.

Smithsonian magazine connects the museum project to wider efforts by the Dr. Huey P. Newton Foundation and other historians and activists in the region working to counteract the Black Panthers' reputation as a group to fear. That narrative was disseminated in part by the FBI, which targeted the organization, as dramatized in the recent Oscar-winning film Judas and the Black Messiah.

A flyer promoting the mini museum's Juneteenth opening states that the purpose of the place is to "celebrate freedom and liberation and most importantly, celebrate Black joy."

According to the Associated Press, Vest hopes to get the home designated as a landmark and eventually add programming to make it a full-fledged community center.

Each visitor will have 30 minutes to walk through the museum. General admission is $12.50 for adults and free for visitors under age 12 or over age 65. Purchase tickets in advance online.