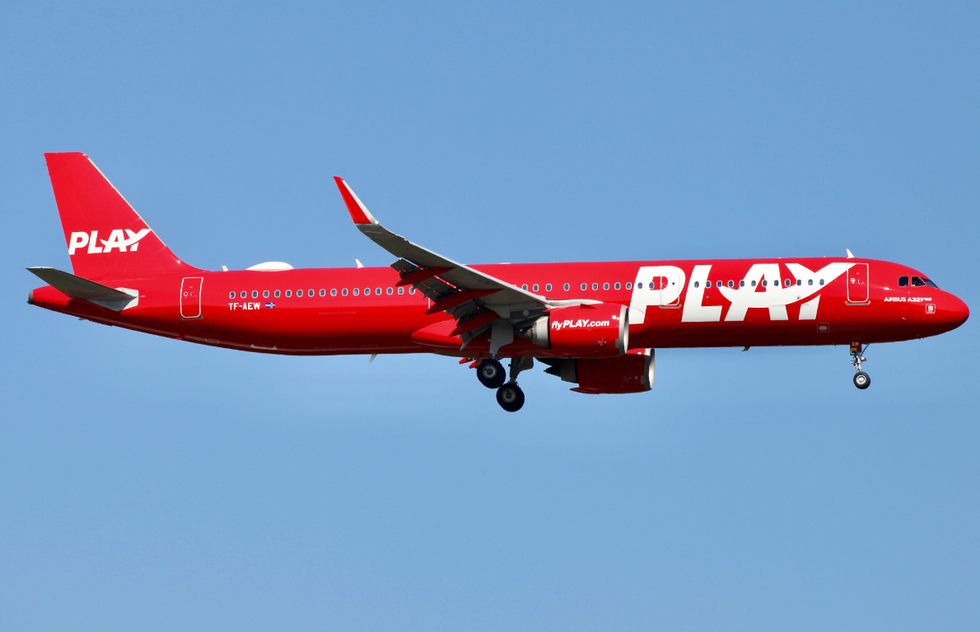 Low-Cost Icelandic Airline Debuts in U.S. with $109 Fares to Europe

A fledgling low-cost airline called Play, which has been flying between Iceland and other parts of Europe since 2019, is expanding into the United States with introductory transatlantic fares that begin at just $109.

Starting in spring 2022, the no-frills carrier will launch service from Baltimore/Washington International Thurgood Marshall Airport (BWI) and Boston Logan International Airport (BOS) to 22 European cities, with a stop in Iceland.

Experienced budget travelers to Europe already know that stopping in Iceland has been a top money-saving hack since Icelandair pioneered the cost-cutting method in the 1960s. For Play, available final destinations will include Berlin (BER), Dublin (DUB), London Stansted (STN; about 40 miles northeast of London, connected by rail), and Paris (CDG).

For a very limited time—through midnight EST on December 24—Play is offering its new American customers those ultra-low, one-way fares starting at $109 for flights to the four locations listed above, plus Brussels (BRU); Copenhagen, Denmark (CPH); Gothenburg, Sweden (GOT); Stavanger (SVG) and Trondheim (TRD), Norway; and Stuttgart, Germany (STR).

To get the deal, you'll need to book round-trip travel between May and June 2022 or August and October 2022. You'll find further details and restrictions on Play's website.

The airline's service from Baltimore starts on April 20 and from Boston on May 11.

Even outside of the sale window, Play's ticket prices for flights to Europe from the U.S. are pretty tempting. We found rates in mid-July for a trip from Baltimore to Paris for $150 one way, and one-way fares from Boston to Dublin during the same month for about $20 cheaper. During a quick search, we didn't see any one-way summer fares much higher than $350.

Keep in mind, however, that the carrier follows the low-base-fare, multitude-of-extra-fees model. A single personal item per passenger is allowed in the cabin, but that's about the only freebie. A carry-on will set you back around $30–$40, depending on the season and how you book tickets. One checked bag weighing 44 pounds could cost more than $50 in the busy season.

In many ways, Play is an unofficial reboot of the now-shuttered Wow Air, another Icelandic carrier that charged low fares and high fees and made stopovers in Reykjavík.

That's no coincidence. As Afar points out, much of Play's executive team is composed of Wow vets, including CEO Birgir Jónsson, who believes the no-frills scheme is due for a comeback as Americans return to overseas travel.