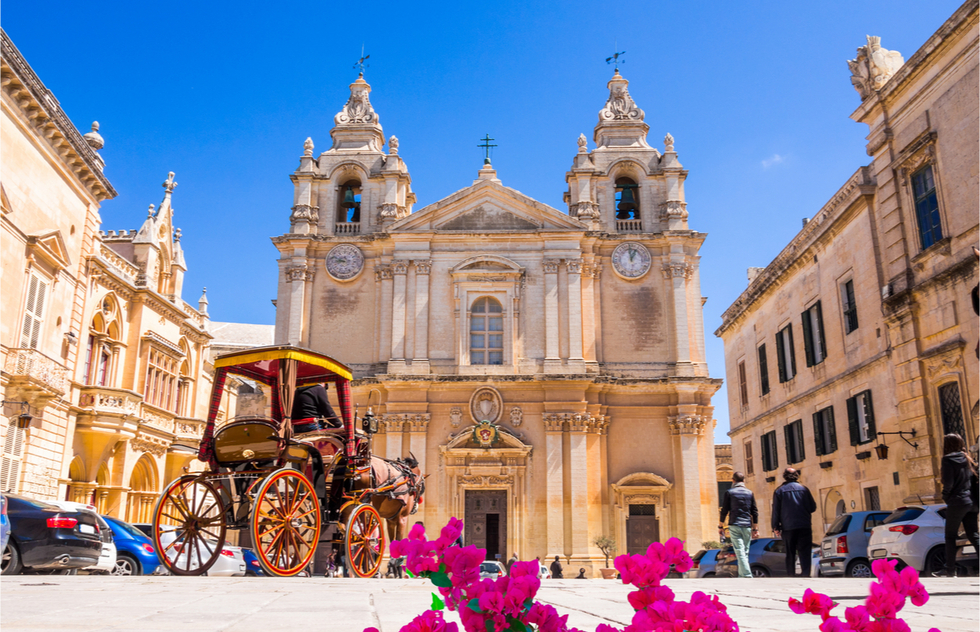 This European Country Now Denies Entry to Americans From 10 States

Malta wants its American visitors back—but only some of them.

In a telling move, one that shows just how closely the rest of the world is watching the United States' fractured approach to vaccinations and Covid-19 regulations, the Mediterranean island nation of Malta announced it would accept American visitors starting June 17—but only those from a list of 40 approved U.S. states and territories.

Malta gave no explanation as to why the citizens of the states above were not welcome. In fact, in a press release, officials scrambled the order of the states that were permitted, listing them in apparent random order. It seemed like, to me at least, the government was trying to obfuscate which states are outlawed.

It's the only nation that I know of that's slicing and dicing the American population in this way.

But why will some Americans be allowed to travel to Malta and why will others be turned back?

I next looked at the states that currently have the highest rates of infection from Covid-19. Many of the barred states are on that list—but a few with high rates aren't.

It's possible that the answer is some kind of combination of these two stats.

When I reached out to Malta's tourist board, I received no explanation.

I also asked how they expected to be able to police the origin places of visitors from the United States—home states are not listed on passports.

I was referred to the Malta International Airport website along with a note from an official who did not want to be identified. The statement asserted that visitors who lie about their home states would be breaking the law.

"One requirement is that all visitors need to present a completed Travel Declaration Form (available here: www.maltairport.com/declarationforms), whereby one has to declare his residency during the previous 14 days," I was told. "Therefore one has to confirm that she/he resided in an AMBER [color-coded] location during the previous 2-week period and, as clearly stated, it is a criminal offence to make a false declaration."

Malta is using a color-based alert system similar to the one other European nations have used. What jumps out to me is that other European countries are assigning colors for Covid risk to countries, not regions or states within countries. Malta's color-coding entry system is more granular, treating U.S. states the way countries are usually treated.

Obviously, Malta is just one nation—a very small nation, at that. But could Malta's decision to discriminate according to each American traveler's home state become more common?

I spoke with Kurt Ebenhoch from the consumer advocacy group Travel Fairness Now. "Once one [nation] does it, then it could become acceptable for others as well," noted Ebenhoch.

One other element that makes this move particularly sad: Now is a really terrific time to go to Malta. Its population is largely vaccinated, its infection rates are low, and it is offering a very appealing program that will subsidize tourist visits. This summer, visiting Malta more could be more affordable than visiting other parts of Europe.

In his country's announcement, Johann Buttigieg, Chief Executive Officer of the Malta Tourism Authority, wrote, "Malta looks forward to welcoming back Americans, one of our strongest inbound markets."

Let's make that some Americans.