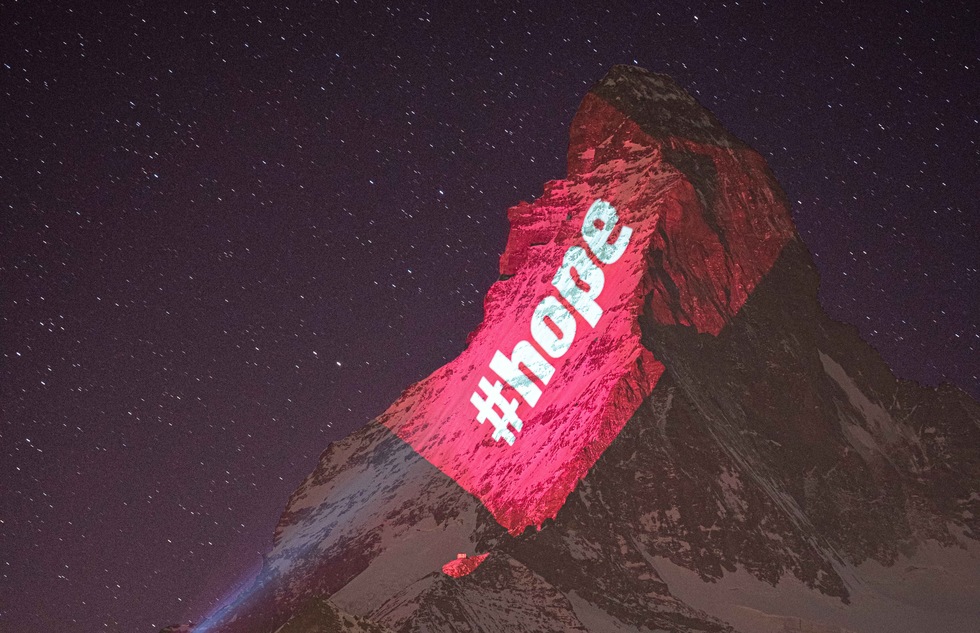 Matterhorn and Eiffel Tower Lit with Messages of Hope and Gratitude

Two of Europe's most iconic sights are being illuminated each evening with words and symbols of encouragement amid the worldwide COVID-19 pandemic.

In Zermatt, Switzerland, projections designed by artist Gerry Hofstetter will be beamed onto the face of the Matterhorn each day starting at sunset and lasting until 11pm.

Symbols such as hearts and the Swiss flag as well as simple messages like "#hope" in several languages will appear, in red and white, on the face of the mountain nightly until the middle of April, according to the Zermatt tourism office.

You can see the mighty peak in real time via the Matterhorn webcam. 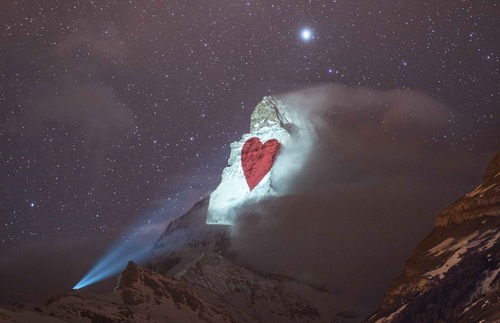 On Friday night in Paris, meanwhile, the surface of the Eiffel Tower twinkled with lights for 10 minutes and the word Merci—French for "thank you"—appeared on the structure starting at 8pm.

It was a gesture of gratitude to all the health workers fighting the coronavirus in France and around the world.

According to the Associated Press, Paris Mayor Anne Hidalgo has promised that the light show will be repeated every evening.