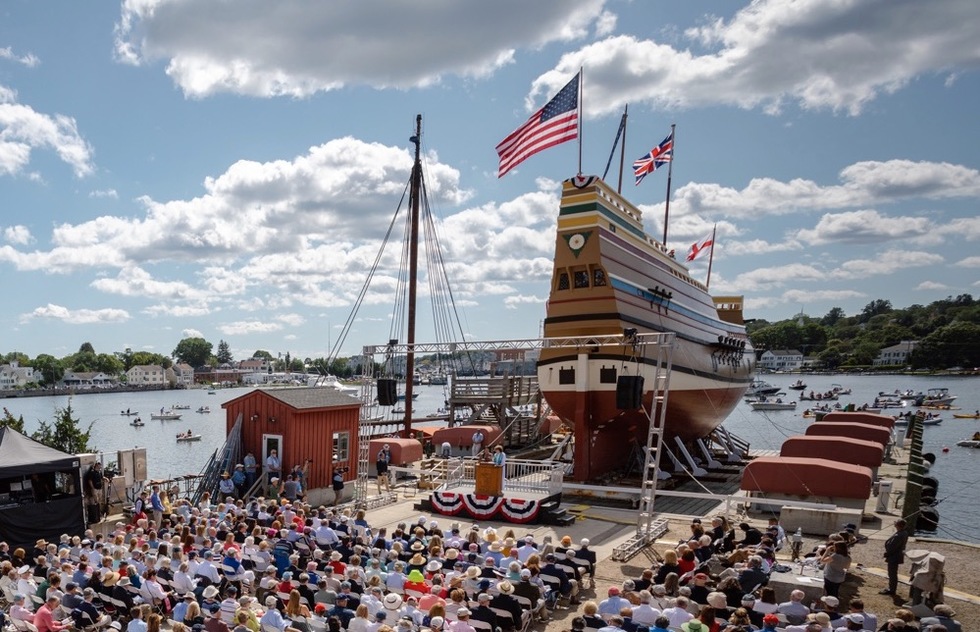 As the Broadway musical Hamilton has shown us, the more we learn about the founders of the United States, the better equipped we are to wrestle with today's issues (though some critics argue that Hamilton doesn't contend sufficiently with slavery and its long-lasting damage).

The importance of getting a full picture of the past applies to the Pilgrims, too. You might have heard that those buckle-hatted wayfarers took the Mayflower to what is now Massachusetts in search of religious freedom. But that's not the full story.

The 40 men and women who took the voyage were part of the Separatist movement that had broken with the Church of England because it had grown too corrupt, at least in the dissenters' view. The group of 40 originally sailed for the Netherlands, but that society proved a little too tolerant. The Pilgrims' Dutch-raised children started leaving the church to lead wholly secular lives in Holland. Just think if they could see today's Red Light District in Amsterdam.

So the Pilgrims returned to England—rebellious teens in tow—and raised the money to cross the Atlantic and found a society of their own. Seems like grounding the kids would have taken less trouble.

Eventually, the original 40 traveled with 62 other passengers on the Mayflower. Today, more than 30 million Americans can trace their ancestry back to the ship and its fateful voyage on September 16, 1620.

In honor of that important event, a historic replica of the Mayflower was created in 1957 by MIT–trained naval architect William Avery Baker. He built the Mayflower II in England, and when it finished its voyage from there to the United States, some 25,000 people lined the shore to greet the ship in New England.

Since it was a thoroughly faithful replica crafted from wood, the look-alike was subject to natural deterioration. But the vessel has been undergoing extensive renovations in Mystic, Connecticut, and will be sailing home to Plimoth Patuxet (formerly known as Plimouth Plantation) in time to celebrate the 400th anniversary of the original voyage.

That trip will be an event in its own right. Launching on July 20, the Mayflower redux will dock at several cities along the coast of New England before arriving at Plimoth Plantation on August 10.

Here's the schedule (subject to change due to sailing conditions):

• Ship departs at 9am from the Mystic Seaport Museum's shipyard. The public will be able to view the ship from several vantage points along the Mystic River.

• When the ship arrives in New London, Connecticut, it will dock there for two weeks to conduct sea trials and perform training for the 27-member crew. Unfortunately, the public will not be allowed aboard.

• After roughly two weeks, the vessel will set sail for Plymouth.

Those hoping to track the ship's movements can do so at www.marinetraffic.com.