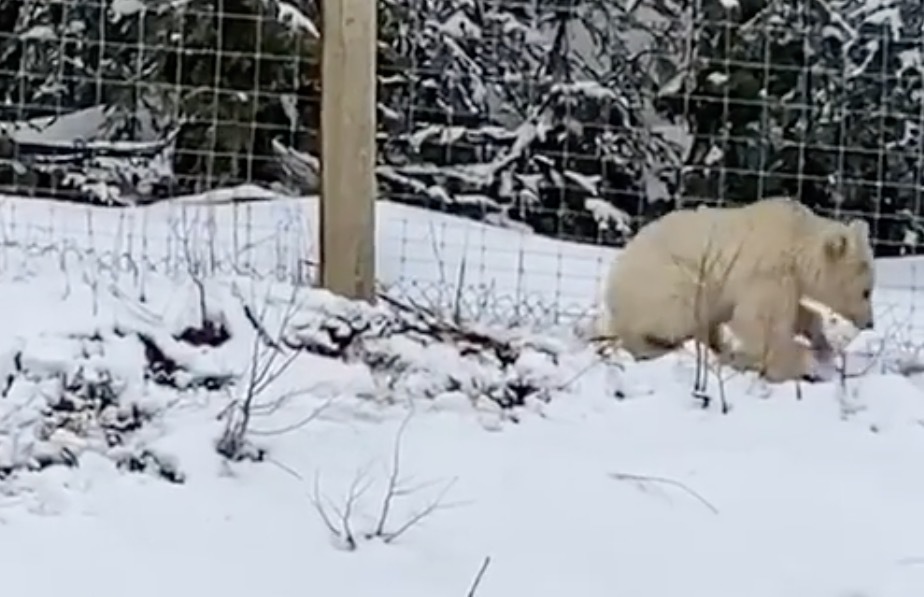 A virtually unheard-of white grizzly bear has been spotted several times in the Canadian Rockies in recent weeks.

The ultra-rare animal made its social media debut in late April, when photos began surfacing and the Rimrock Resort Hotel in Banff shared footage of the bear nosing in the snow for food alongside a brown sibling.

I guess it’s safe to say, the bears are BACK! ???? #RimrockResort #TheBearsAreBack

According to experts consulted by The Guardian, the grizzly is not an albino—the white fur is caused by a recessive gene. The creature is even rarer than other kinds of white bears such as polar bears and Kermode (or spirit) bears, found further west in British Columbia. The latter animals are relatives of the black bear.

Local wildlife officials in Banff have reportedly known about the white grizzly for about three years, though no one has been able to get close enough to determine whether it's male or female.

As sightings increased through the spring, a social media group called Bow Valley Network decided to name the bear, receiving hundreds of submissions through Facebook.

Fans eventually voted to name the bear Nakoda. A post from the Bow Valley Network explains that the name "means 'Friend' or 'Ally' in the native language of the three aboriginal tribes of the area—Bearspaw, Chiniki, and Wesley."

Bear researchers and Banff National Park officials told The Star newspaper they're concerned that Nakoda's popularity will encourage people to seek out the grizzly or crowd the animal, which could hamper its ability to find food—or could turn a tourist into brunch.

Motorists who happen to catch sight of Nakoda are encouraged to avoid stopping their cars when it's dangerous to do so and to maintain a distance of at least 100m (about 300 feet) from all wildlife at all times.