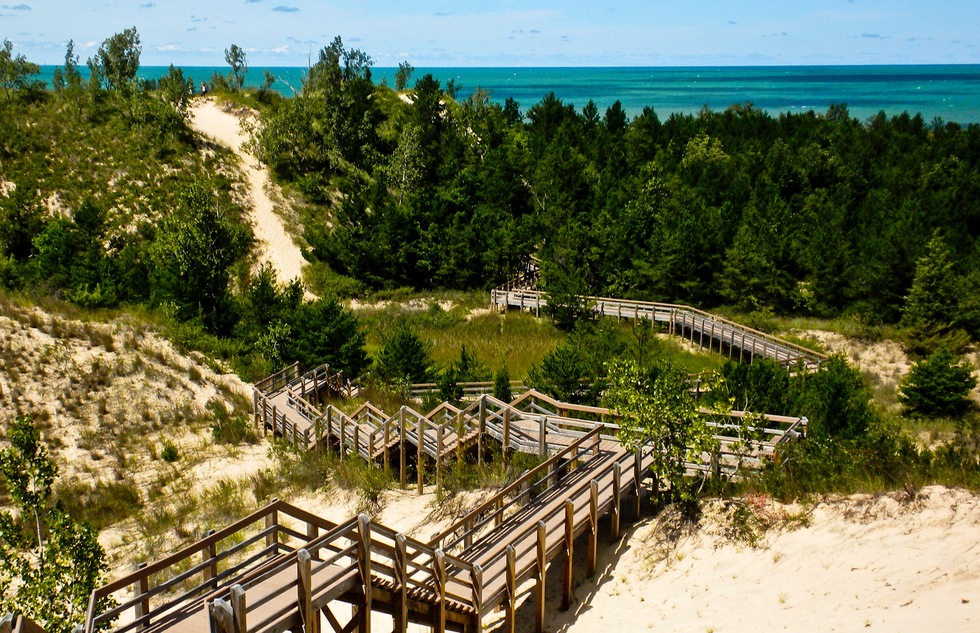 The United States has a new national park.

The Northwest Indiana site, which has been a federally protected national lakeshore since 1966, stretches for 15 miles along Lake Michigan, encompassing 15,000 acres of beaches, forests, prairies, and marshland. The towering sand dunes next to the water reach heights of 200 feet.

Around 2 million people visit the area each year to swim, kayak, camp, and hike along 50 miles of trails. The lakeshore is a popular destination from Chicago, which is about 50 miles away.

The higher profile that comes with upgraded national parkhood could pull in more visitors—though daily operations and funding are not expected to change, reports the Guardian.

Signage and park literature will soon reflect the new name, however. In the meantime, the park tweeted this temporary correction to the entrance sign: 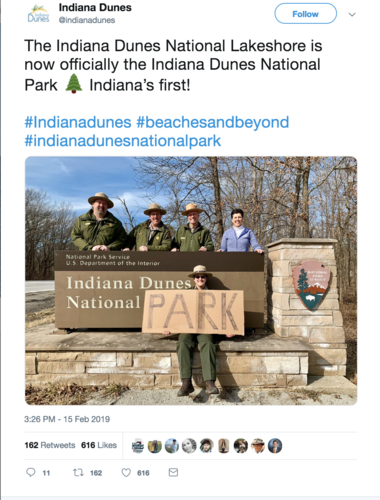 It's no wonder they look excited: Although there are 60 other national parks across America, this is Indiana's first one.