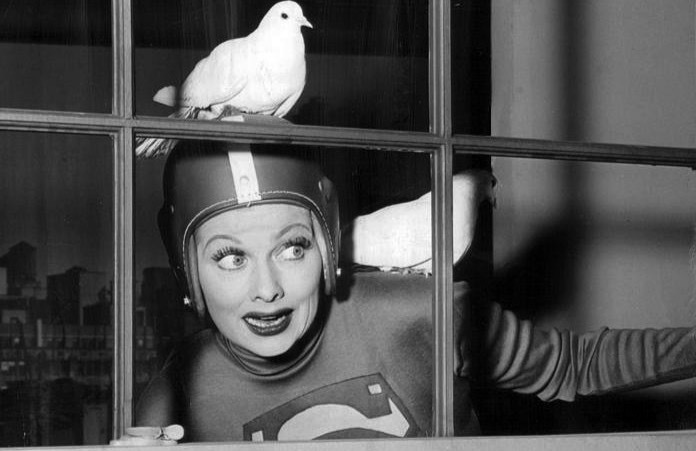 Baseball players have Cooperstown. Rock stars have their own hall of fame in Cleveland. Even androids, when they're not dreaming of electric sheep, can visualize themselves getting inducted into the Robot Hall of Fame in Pittsburgh.

But what about the age-old, joy-bringing art of comedy? Why isn't there a national museum celebrating history's most important producers of yuks?

Come August, you won't have to ask those questions anymore. That's when the new, $50 million National Comedy Center—unhumorously billed the "first non-profit cultural institution and national-scale visitor experience dedicated to the art of comedy"—opens in Jamestown, New York.

The new facility will be located right next door to an existing museum centered on one funny Jamestown native, Lucille Ball, and her husband, business partner, I Love Lucy costar, and frequent "Babalu" belter, Desi Arnaz. Ball's grave is a five-minute drive away, in Lake View Cemetery.

The National Comedy Center will have more than 50 high-tech exhibits featuring holograms of famous comics, living and dead, performing some of their classic bits—which sounds a little creepy, but can't be any worse than the infamous "Scary Lucy" statue erected to honor Ball in the neighboring village of Celeron (it was replaced with a far less hilarious/horrifying depiction in 2016).


In addition to the holograms, the comedy museum will contain, according to Architectural Digest, the archives of standup icon George Carlin as well as an adults-only "Blue Room" exploring mature and taboo subject matter.

The center's opening and ribbon-cutting ceremony will take place during Jamestown's annual Lucille Ball Comedy Festival, scheduled for August 1 through 4.