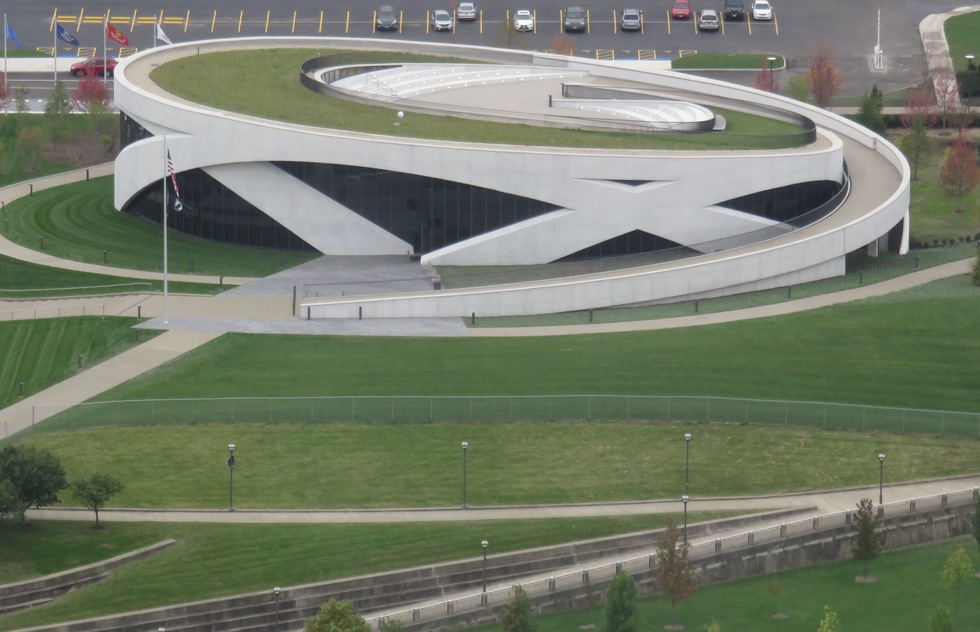 More than 40 million people have served in the U.S. armed forces. They've been honored with monuments, memorials, and museums in Washington, D.C., across the country, and even around the world (as at the D-Day Beaches in Normandy, France).

But those sites focus on individual conflicts or branches of the military. The new National Veterans Memorial and Museum (NVMM), which opened in downtown Columbus, Ohio, on October 27, distinguishes itself from the others by paying tribute to all U.S. veterans from all five military branches, from colonial days to the present.

The museum is housed in a curvilinear concrete structure designed by Allied Works Architecture. Intersecting concentric rings on the exterior "represent the branches of service supporting one another," according to the NVMM website.

That narrow, personal focus was by design, says one of the museum's driving forces, billionaire Leslie H. Wexner, CEO of L Brands, Inc. (the company behind Victoria's Secret, Bath & Body Works, and other retailers).

“Rather early on in the process," Wexner told Architectural Digest, "we decided this museum wasn’t going to be about guns or tanks or the machines of war, but rather about the American veteran. . . . [T]hroughout the country’s history—from the Revolutionary War through today’s wars in Iraq and Afghanistan—soldiers have been expressing the same emotions in their letters. It’s all so dramatic, heartbreaking, and, at times, beautiful.”

The exhibit spirals upward, ending at a rooftop sanctuary overlooking downtown Columbus. Landscaping around the building features a memorial grove, waterfalls, and a reflecting pool.

Now open to the public, the National Veterans Memorial and Museum is located at 300 W. Broad St. in Columbus. Hours of operation are 10am–5pm, Wednesday–Sunday. Tickets are $17 for adults, $10 for kids aged 5–17, and $12 for veterans.