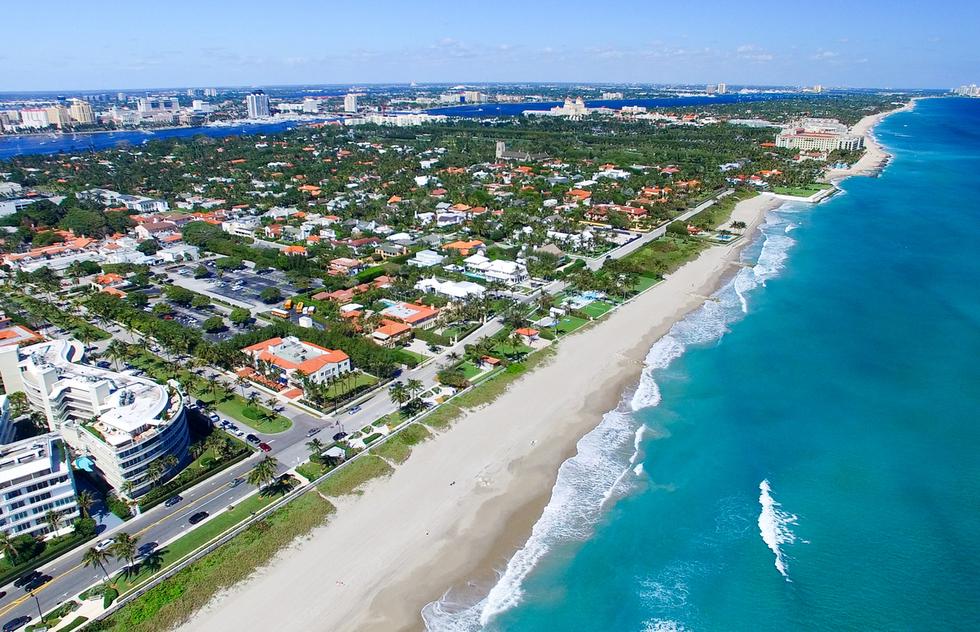 Succeeding in the travel industry during this pandemic is no small accomplishment. But little Breeze Airways, which debuted in May of this year, seems to be doing just that thanks to its smart strategy, which CEO David Neelan succinctly explained in a press release sent out on Monday: "Breeze’s business model is to add nice, new non-stop flights on routes where only connecting service is offered by other carriers,” he said.

As I said, a savvy plan.

The big deal is not only the new service, but also the prices.

On Breeze's newest route between Palm Beach (pictured above) and Charleston, South Carolina, a one-way ticket now starts at just $39. Normally, this itinerary could have a price tag of $109 and involve a connection.

Before now, most folks going between Charleston and Palm Beach would have settled for flying into a nearby airport in Florida. But even with that less convenient workaround, they would pay more—around $94 for a nonstop to Miami, or $104 one-way to Fort Lauderdale.

I should note that these are not daily flights; for example, Islip's only fly on Saturdays. See FlyBreeze.com for the debut schedule.

Breeze has not announced when its introductory $39 and $59 fares will go away, but they certainly make this upstart an appealing new choice for travelers.