A new island has appeared off the coast of North Carolina—just in time for summer.

Formed by powerful currents and storms over the past several months, the massive sandbar has emerged from the Atlantic Ocean near Cape Point on the state's Hatteras Island. 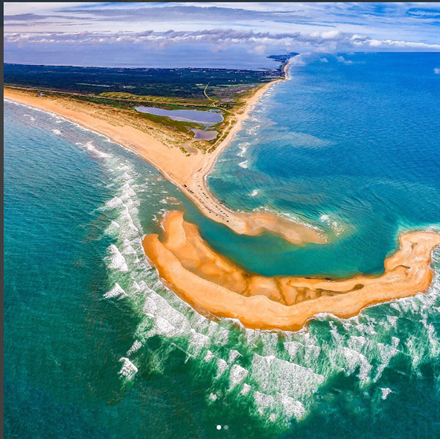 This newest addition to the Outer Banks has been dubbed Shelly Island—which is appropriate since its sands are said to be a goldmine for seashell collectors.

It's possible that the island could eventually return to the sea or grow to connect with its larger neighbor.

If you'd like to visit, local officials warn that you should definitely not swim here from Hatteras, lest you get swept away by the same riptides that helped make the island. There might be sharks in the waters, too.

For safety's sake, only attempt a crossing with an experienced boater.