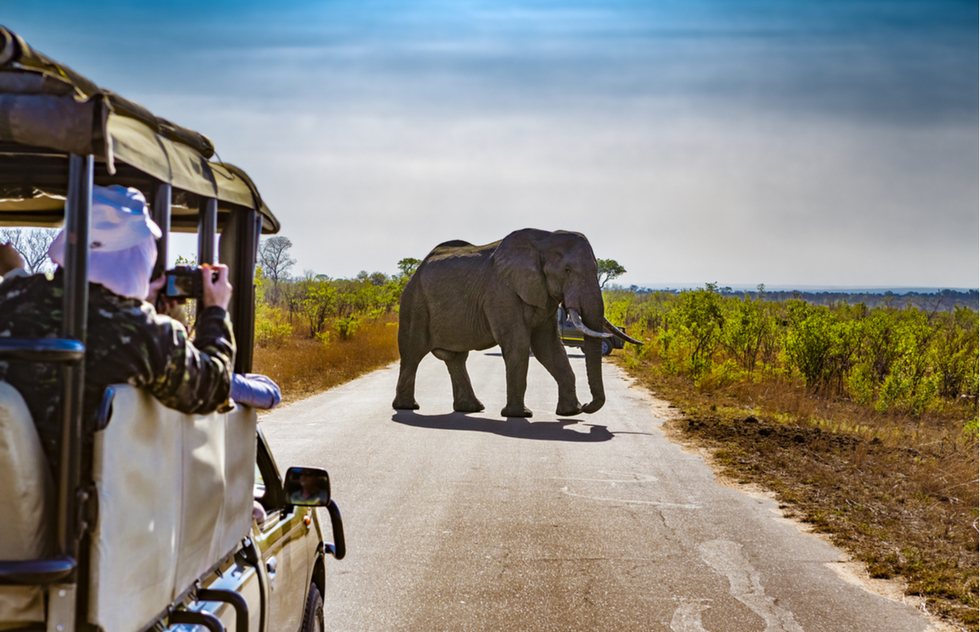 Safari-goers who have their hearts set on glimpsing certain animals in Africa have a helpful new online resource.

Under the site's wildlife tab, click the link for the animal you're interested in, and you'll be taken to a page displaying camps and lodges that have reported sightings of that particular critter. Displayed next to a map of the animal's preferred region, safari camps are listed in descending order from most sightings to fewest.

Compiled over two years, the data was based on thousands of wildlife observations reported by Expert Africa travelers in what company founder Chris McIntyre described to The Telegraph as a "citizen science" project.

Using figures from those surveys, the site's main wildlife page shows the likelihood of sightings for each species, expressed as a percentage, for Africa as a whole. Your chances of seeing a lion, for instance, are an encouraging 80% no matter where you go, and elephants are a near-lock at 91%. (The pachyderm pictured above was spotted at Kruger National Park in South Africa.)

The Africa-wide likelihood of southern white rhino sightings, on the other hand, is a middling 43%. Consult Expert Africa's white rhino tracker, though, and you'll find that if you plan your vacation for Namibia's Etosha National Park, your chances of glimpsing the creature spike to an all-but-guaranteed 100%. (The southern white rhino is not to be confused with the northern white rhino, of which there are only two—count 'em, two—left on earth.)

As for the ultra-rare pangolin—which Expert Africa describes as looking like a cross between an anteater and a pine cone—the site reports that you have only a 2% likelihood of spotting one of those, unless you visit Duba Explorers Camp in Botswana, where your chances improve to 25%.

To help you narrow down the best time of year to see your favorite creatures, click on the reports for each animal to be shown the dates when sightings were posted.

At the moment, American travelers can only visit three of the countries covered by the site: Kenya, Rwanda, and Tanzania (the first two require negative Covid-19 test results; the other only asks for forms and a health screening).

Since Expert Africa is, after all, a business, the website also contains plenty of opportunities to book a tour. But that doesn't mean the data can't be useful. In fact, The Telegraph reports that conservation scientists have already used info from the company's findings to redraw maps representing the territory and distribution of hyenas.