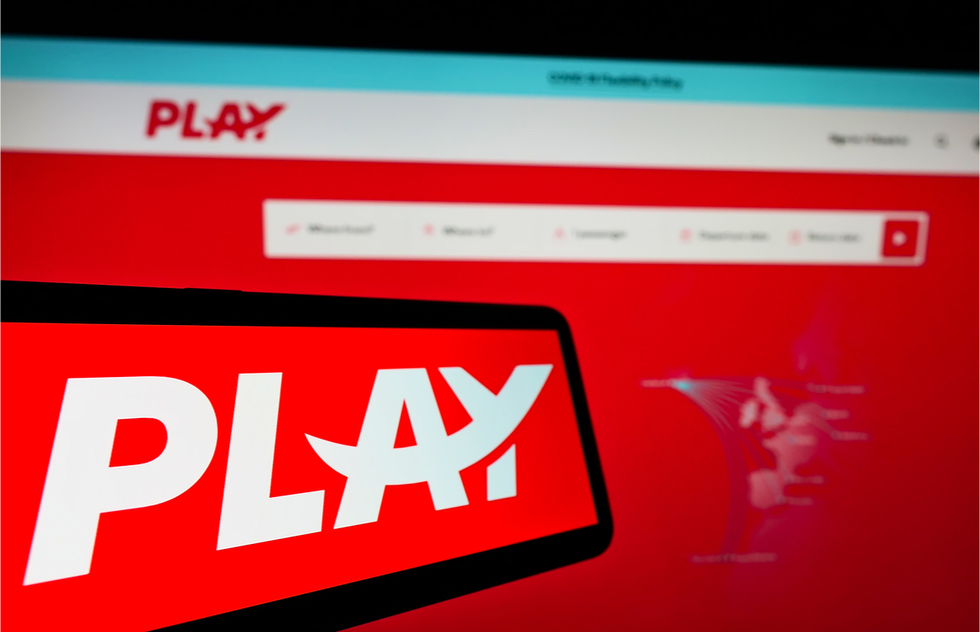 Today the new airline announced that it will expand in the United States, adding flights from New York. Play's website announced the route with a photo of the Statue of Liberty and Manhattan, but in reality planes will land at Stewart Airport in Newburgh, roughly a two-hour drive north of New York City.

Play recently started selling airfares from Baltimore and Boston to a few European gateways, including a hub in Iceland, for spring travel.

To make a splash for the new Stewart service, the airline announced that flights booked before February 7 would be priced at $109 one way for the months of September and October to 10 European cities (Reykjavik, London, Dublin, Paris, Berlin, Copenhagen, Brussels, Stuttgart, Trondheim, and Gothenburg), but hinted that there would be catches.

Oh, boy, are there catches.

First, that one-way fare can only be purchased if you buy a round-trip fare—and the return leg will be at the usual, undiscounted price.

The deal can be very hard to find, depending on your destination. It's hub in Iceland had a number of fares that low, as did Dublin, but we couldn't find any for Paris, Berlin, or London.  Return flights, not surprisingly, were more expensive than the come-on rate that was announced.

And the base fare turned out to be only the first of the many accumulating costs for flights.

Play only allows passengers to bring a personal item that can fit under the seat in front of them. So for any proper carry-on, there is an additional fee of $35-$50 each way, adding dramatically to the $109 lead-in price. Let's be real here: How many of us cross the Atlantic with no suitcases whatsoever?

Checking luggage is an additional $72 per bag, per flight.

Choosing seats also comes with an additional fee, or should I say many fees, because it feels like every sixth seat has a different price tag. When I checked, seat assignments ranged from $5.16 at the back of the plane up to $48 extra in the front.

Will would-be passengers save anything with this sale?

I looked at a Paris itinerary on Play for the beginning of October. After adding the carry-on bag fee and paying the least amount possible to choose a seat, I ended up with a fare of $465.68. That's hugely disappointing, especially after I discovered that I could do the same journey on TAP for just $341.

Neither itinerary was a nonstop, which is how it usually goes with Play: All of its flights land in Iceland before heading on to the European continent or the British Isles.

The sale beat the competition on other cities I picked, but not by as much as I would have hoped, and not on every date available in September and October. For Berlin, I found an itinerary on Play that was $388, with the nearest competitor (Finnair) at at $418. That savings would have been wiped out had I chosen to pick a seat that wasn't in the very back of the plane, though.

Play did soundly whup the competition for flights that end in Iceland. The carrier's $382 rate from Stewart was well below the competition (Icelandair came nearest, at $455). Play will offer daily New York–Iceland service, which the airline doesn't do for other destinations.

And though Trondheim was listed as one of the sale cities for September and October, there's exactly one departure listed during those months.

Now that I've crunched the numbers, I don't see myself favoring Play airline anytime soon. Do you?