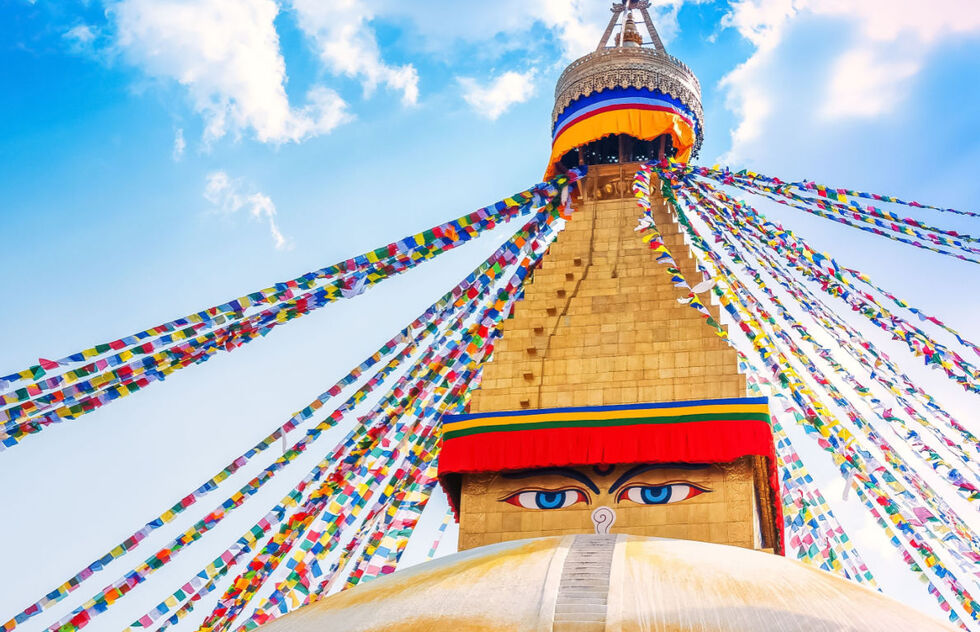 TikTok creators in Nepal have made such pests of themselves at certain scenic and sacred places that officials have banned use of the platform at tourist attractions throughout the South Asian country.

"No TikTok" signs have reportedly gone up at the Buddhist pilgrimage site of Lumbini (traditionally known as Buddha's birthplace), Kathmandu's Boudhanath Stupa (pictured above), and the temples of Janaki Mandir and Gadhimai.

The antics of TikTokking throngs dancing to noisy music and performing putatively humorous gags for short videos has caused traffic logjams and other disruptions at those spots—not to mention the seeming lack of respect the goofy routines show for religious locations that have been important to people for centuries.

“Making TikTok by playing loud music creates a nuisance for pilgrims from all over the world who come to the birthplace of Gautama Buddha,” Sanuraj Shakya, a spokesperson for the Lumbini Development Trust, told tech news site Rest of World. “We have banned TikTok-making in and around the sacred garden, where the main temples are located.”

The relentless seekers of viral internet fame have descended on Nepal's rural areas as well, roaming southern agricultural fields like swarms of booty-shaking locusts in search of scenic fodder.

“Look, they walk here, they destroy everything, they trample my rice shoots,” farmer Jayaram Thapa complained to Euronews in a TV report. “What could I tell them? I tell them to stop, not to damage my fields, but they dance."

To enforce the TikTok bans at historic and religious sites, authorities have installed CCTV cameras and instructed security guards to watch out for and, if necessary, throw out violators.

So now it's in somebody's job description to guard against dumb dance moves performed for cell phones in Buddha's hometown.

For what it's worth, those social media sentries seem to be working. When we searched TikTok for the shrines and monuments mentioned above, we found that most silly clips predate the bans, which began to go into effect over the summer.

Aspiring influencers headed for the Himalayas take note: When you're on holy ground in Nepal, you're just going to have to pretend you have some manners.