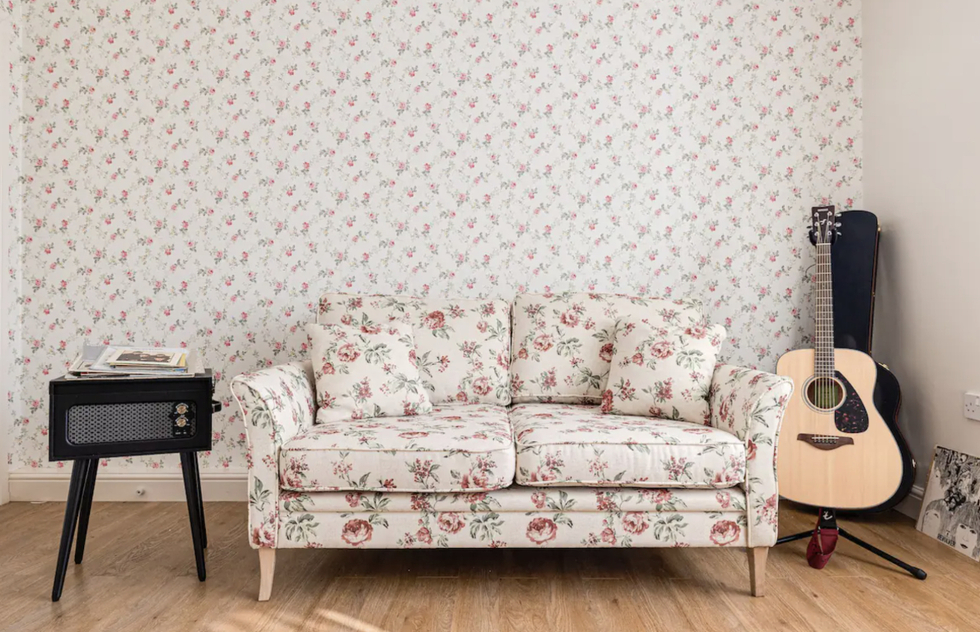 Now Rentable on Airbnb: The Childhood Home of the Beatles’ George Harrison

You can now spend the night—and we hope for your sake it's not a hard day's night—in the childhood home of George Harrison of the Beatles.

The future Fab Four guitarist/singer/songwriter/Mystical One lived with his parents and three siblings in the modest, three-bedroom townhouse at 25 Upton Green in Speke near Liverpool, England, for a dozen years, until the family moved in 1962 and George went on to superstardom. (He died of cancer in 2001.)

Inhabited by other tenants for the next six decades or so, the property went up for auction in late 2021 and was purchased for about £170,000 (about $215,000) by Ken Lambert, a Beatles admirer based in New Hampshire. 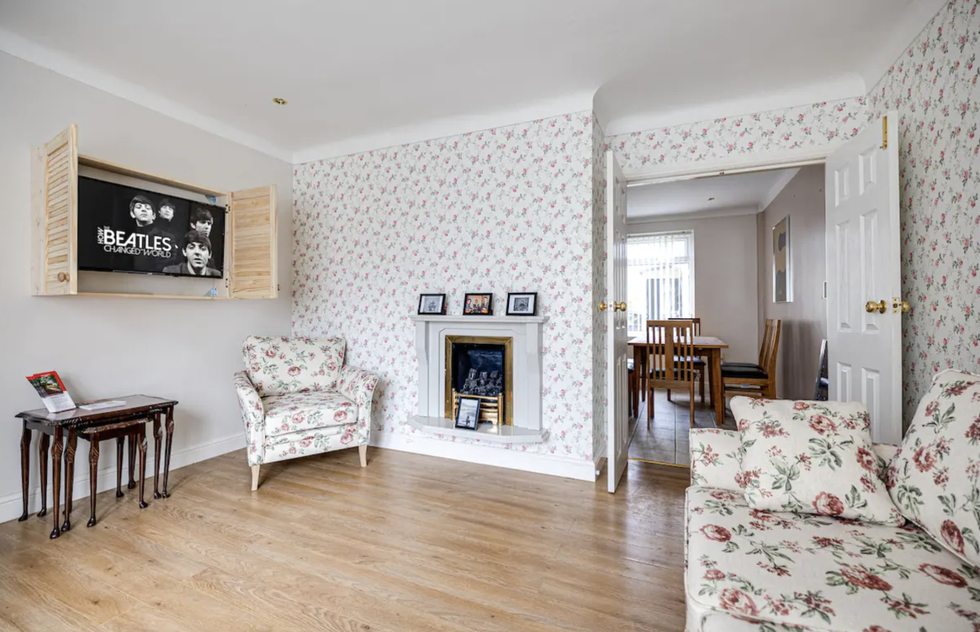 And now, thanks to Lambert's efforts, other George fans can rent the place where the musician grew up "all those years ago" (to borrow a song title from Harrison's solo career) via Airbnb for $255 (about £200) per night.

Aiming to re-create the home's interior as it looked in the middle of the 20th century, Lambert studied old photographs to match the Harrisons' wallpaper and furniture, the new owner told the Portsmouth Herald. 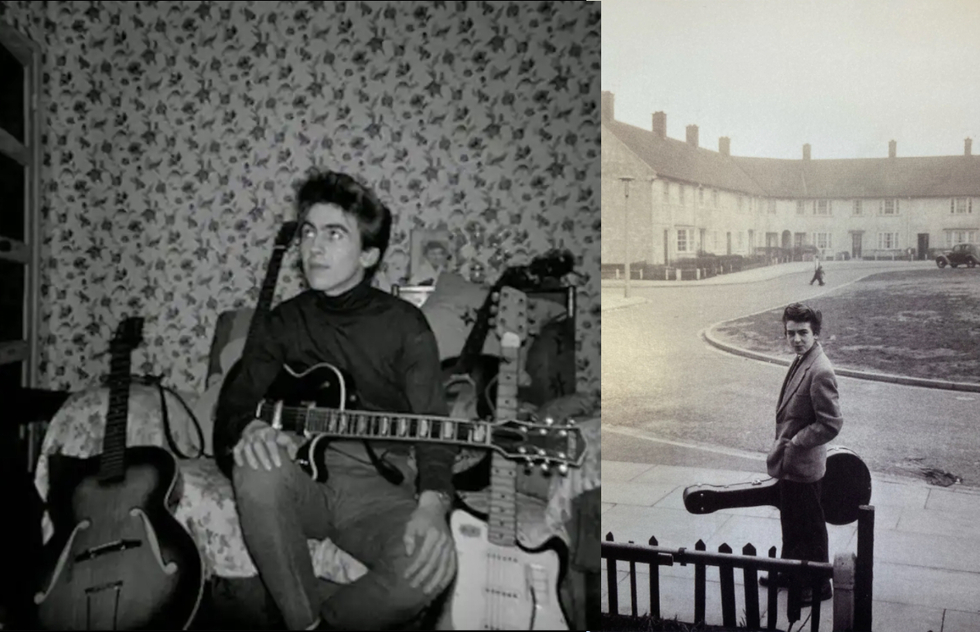 (A teenage George Harrison at his childhood home in the Liverpool suburbs | Credit: Airbnb)

In the living room, you'll also find a record player with a stack of Beatles LPs and 45s. On a stand, there's an acoustic guitar you can strum in the very room where Harrison frequently rehearsed with John Lennon and Paul McCartney back when the group was known as the Quarrymen.

Noodling around on the instrument is unlikely to produce the most memorable music ever played in this place—talk about making a guitar gently weep—but how could any Beatles fan resist?

As for original architectural features, the house still has some of the old trim and bathtub taps, according to the Airbnb listing. 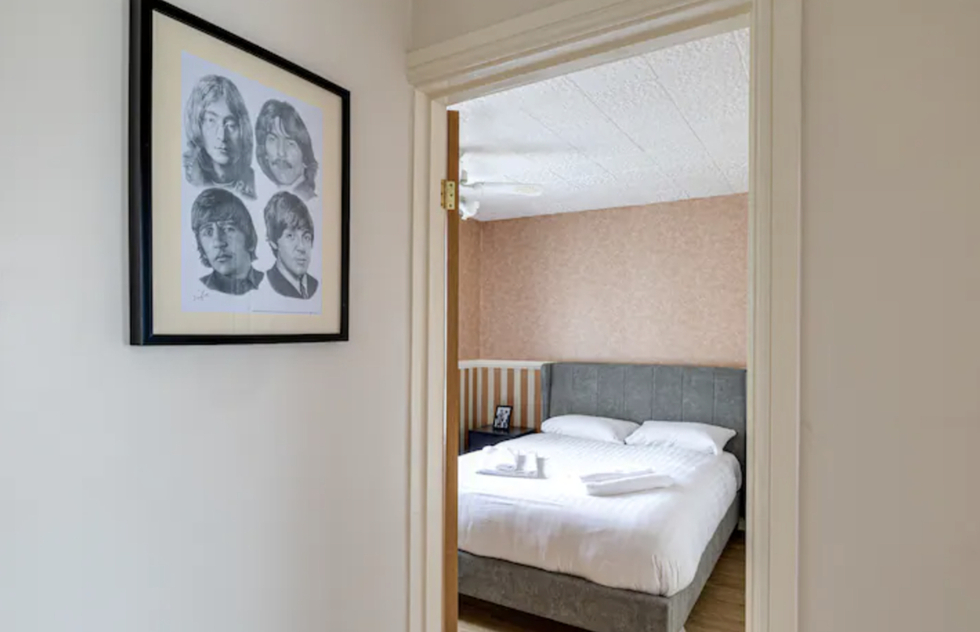 The Liverpudlian childhood homes of Lennon and McCartney, meanwhile, are preserved, managed, and shown off on guided tours by the U.K.'s National Trust, as Smithsonian magazine points out.

But the early address of Harrison—who does give off major left-out-middle-child vibes in the recent Get Back docu-series about the band's Let It Be recording sessions—hasn't been similarly enshrined.

You cannot, however, snooze in the boyhood bedrooms of the other Beatles, so score one for the Quiet One.

For more information or to book a stay, go to the home's rental listing on Airbnb.