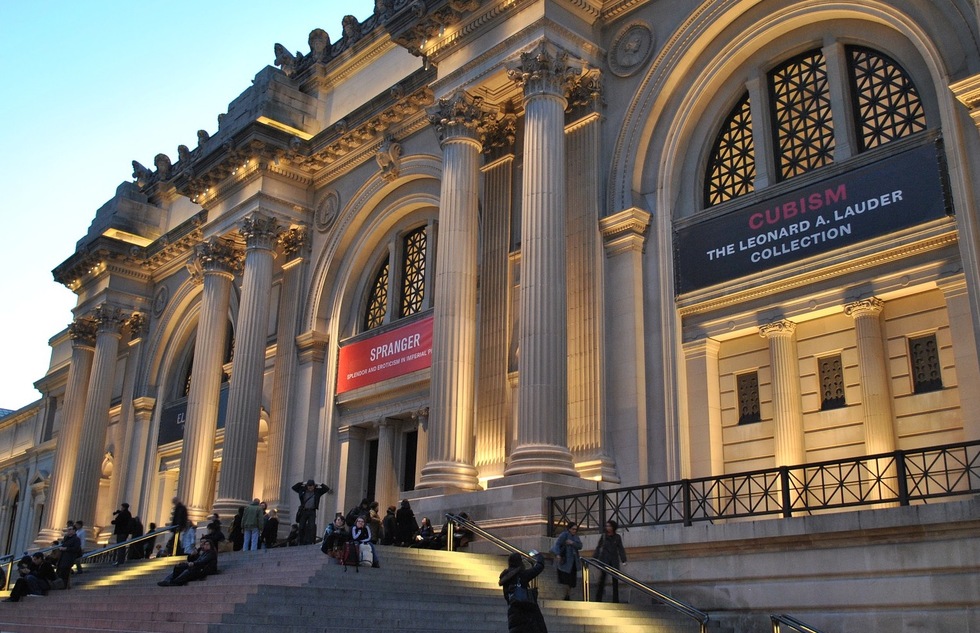 For the first time since its founding in the 1870s, New York City's Metropolitan Museum of Art is instituting a mandatory admission fee.

Starting March 1, visitors who do not live in New York State will be charged $25 to enter. That ticket will be valid for three consecutive days at the Met and its offshoots, the Met Breuer and the Cloisters. There will not be separate lines at any of those places for processing out-of-towners.

New Yorkers can pay whatever they want at the Met—which is the current system for everybody, though the "suggested" donation is $25 per adult. However, residents of the state will now have to show address identification (another first). Those who don't have it will be told to bring it next time but still won't be charged or barred from entering. Be warned: The rules could get stricter if not enough people follow them.

Pay-what-you-can admission will also apply to students from neighboring states Connecticut and New Jersey. Those visitors will need to present their valid student IDs at admission.

The decision to establish an entrance fee was made purely for economic reasons, museum president Daniel Weiss told the New York Times.

Questionable management decisions and expensive projects like the opening of the Met Breuer in 2016 have led to a huge budget deficit currently at around $10 million. And although the Met receives public funding from the city, which owns the museum's building on Fifth Avenue, plans have been announced to reduce that contribution in order to give more money to other arts and cultural organizations.

The number of visitors volunteering to pay the full suggested entrance fee has declined, too. Only 17% of guests give $25 or more, down from 63% about a decade ago. So although annual attendance has reached an impressive 7 million people, they don't generate as much revenue as you might expect.

And to be fair, there are examples around the world of great museums with broad missions charging admission—even ones that receive government funding, like the Louvre in Paris.

On the other hand, tourists might wonder why they're being asked to pay for financial problems they did nothing to cause. That seems like a fair question.

Besides, generating revenue was never supposed to be a part of the mission of the Met, an institution founded in order to bring art and culture to as many people as possible.

A mandatory admission fee blocks access to the museum's many treasures from those who can't scrounge up $25—one reason why the pay-what-you-can structure was enacted in the early 1970s—and moves another step in the direction of making art a commodity of the rich.