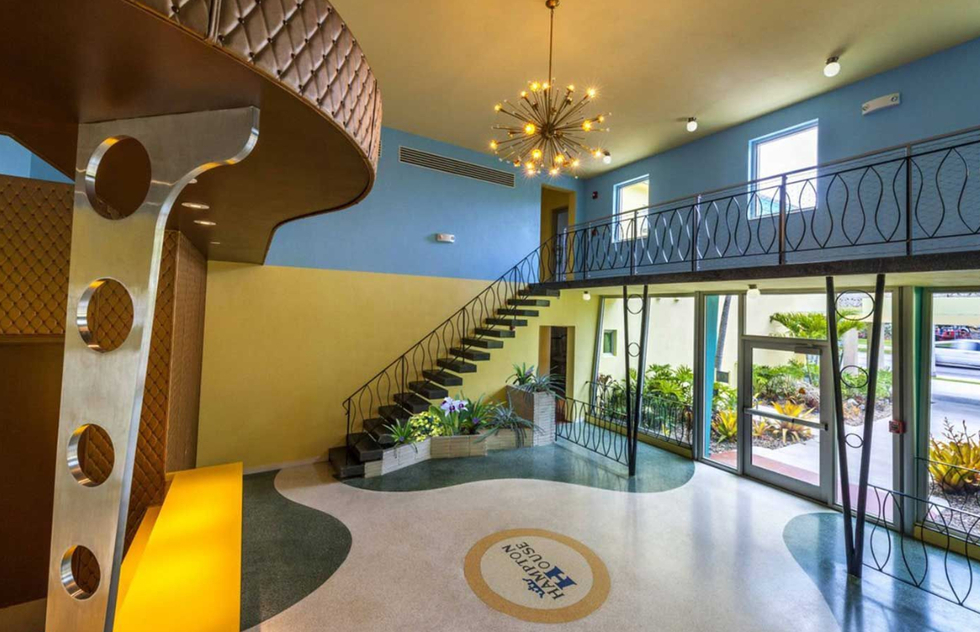 The movie's dialogue, adapted by Kemp Powers from his stage play, is invented, but the megawatt meetup really did take place at a swanky '60s property called the Hampton House in Miami's Brownsville neighborhood.

For the production, the motel's exterior was painstakingly replicated in Louisiana, according to Architectural Digest, while the dining room and Malcolm X's guest room were built on a soundstage in order to provide director Regina King plenty of space to shoot the cast from all angles. (This is the Oscar-winning actress's feature directorial debut.)

But the real Hampton House is still standing in Miami. Thanks to an effort led by preservationist Dr. Enid Pinkney, the site has been a museum and cultural center since a renovation was completed in 2015.

Though visitors can no longer spend the night, Historic Hampton House supplies a glimpse of a time when segregation in the South meant that Black customers were denied access to the pleasure palaces of Miami Beach, even if the customers in question were world-famous artists and athletes.

Soon after opening in 1961, the two-story Hampton House became one of the most glamorous listings in the Green Book guide, with a sleek look, modern conveniences such as air conditioning, a sparkling swimming pool, a jazz club, and a dazzling roster of guests including Nat King Cole, Jackie Robinson, and Aretha Franklin. Not to mention the four legends showcased in One Night in Miami. The Hampton House displays an archival photo of Sammy Davis, Jr., hanging out next to the swimming pool and another pic of Martin Luther King, Jr., taking a dip.

In addition to photos and artifacts such as retro signage and glassware that was saved when the motel closed in the mid-1970s, visitors today can see the restored rooms where MLK and Ali stayed. 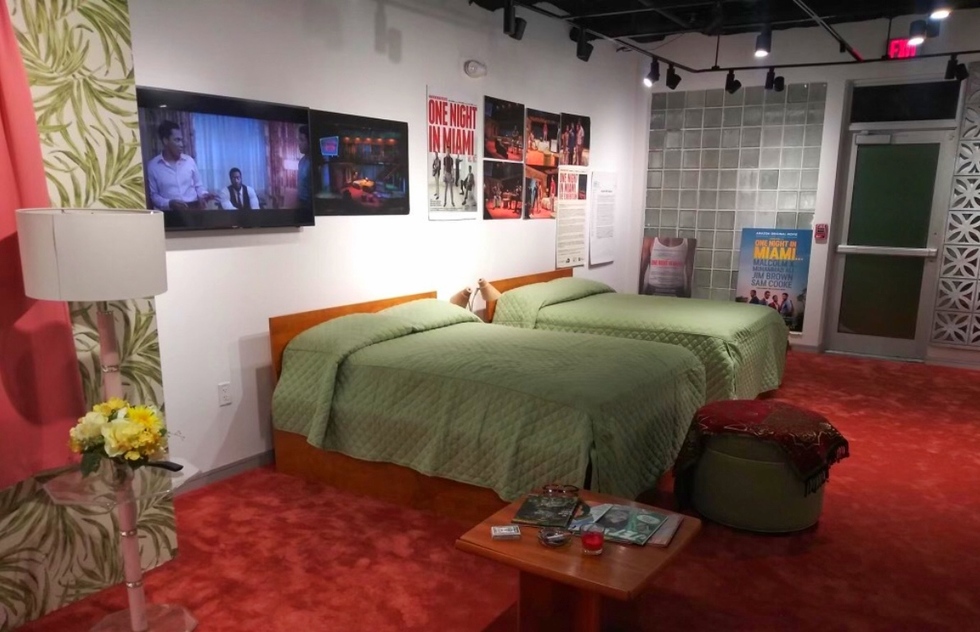 “We don’t have the appreciation for our local history and we need to teach it,” she told the newspaper. “We need to learn it. And this should be the citadel where that takes place.”

The Historic Hampton House offers 60-minute tours of the site Tuesday–Friday. Admission is $25 per person. Bookings should be made in advance by emailing .

The Historic Hampton House offers 60-minute tours of the site Tuesday–Friday. Admission is $25 per person. Bookings should be made in advance by emailing info@historichamptonhouse.org.