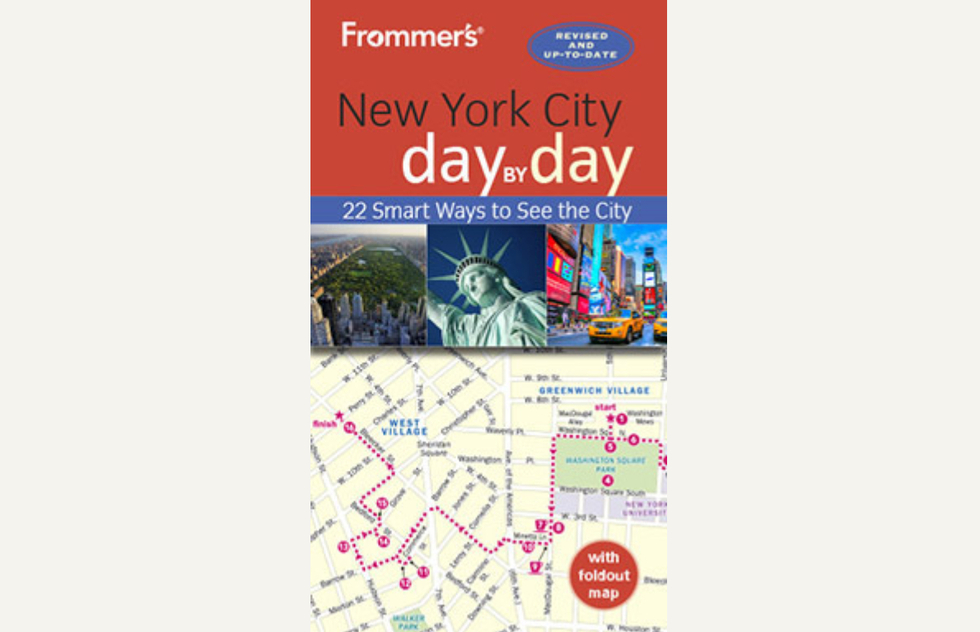 You know the moment in just about every rom-com when the montage sequence shows the happy couple bathed in golden light while laughing, smiling, and running around doing cute things?

I was engaged in my favorite pursuit: researching and photographing guidebooks, and doing so in the most glamorous, exciting, vibrant city on the planet, my hometown of New York City. Every other day, I was discovering a fab new restaurant or boutique, taking a hard-hat tour of an about-to-open attraction, or checking old faves—museums, hotels, eateries, great walks, clubs, bars, theaters, and more.

That last step in the process didn't happen. We had to kill the guide. Even then, our team could see that the world was changing, and changing drastically.

Cut to the spring of 2021. With the vaccines here and people venturing out again, it was time to get back to work on New York City Day by Day.

At first, the job was a sobering one. About a third of the hotels in the book had gone belly-up. The same was true for my restaurant recommendations. Some of the city's most popular institutions—Century 21 (a department store), Pegu Club (a cocktail bar), Sammy's Famous Roumanian (a steak house), and other stalwarts—were gone, seemingly permanently. Excising them from the manuscript felt like I was drawing a sharp knife across flesh. It hurt.

But as I got deeper into the research I saw that the city was doing what it always does: regenerating.

Because of lowered commercial rents, new boutiques have taken the place of shuttered ones. New bars and restaurants have done the same, and some of them are operated by the young chefs who had worked in the old stalwarts. There were also thrillingly original new attractions, like Little Island and SUMMIT One Vanderbilt to explore and cover. And more, and more, and more.

New York is different, sure, but still vital and vibrant. I have never worked so hard to update one of our books, but I've probably never been as proud of one, either.

And the hard work paid off. New York City Day by Day is now the only contemporary New York City guidebook currently on the market, and it's a damn good guide—photo-rich, up-to-date, and honest about both the challenges and rewards of visiting the city at this moment in time.

Along with reviews, New York City Day by Day includes in-depth and fully mapped itineraries and walking tours that will take you to some of the most zeitgeisty, historic, and fascinating parts of Gotham. These include Chinatown, Little Italy, SoHo, Brooklyn's Williamsburg, the galleries and parks of Chelsea, Central Park, Harlem, and elsewhere.

New York City Day by Day is now available online and on the shelves of your favorite bookseller—and because the book is pocket-sized, it's the perfect stocking stuffer.

Just stick a note inside for your sweetheart with a promise that you're going to travel together soon to New York—to try some of the adventures in the guidebook that I'm so proud of.