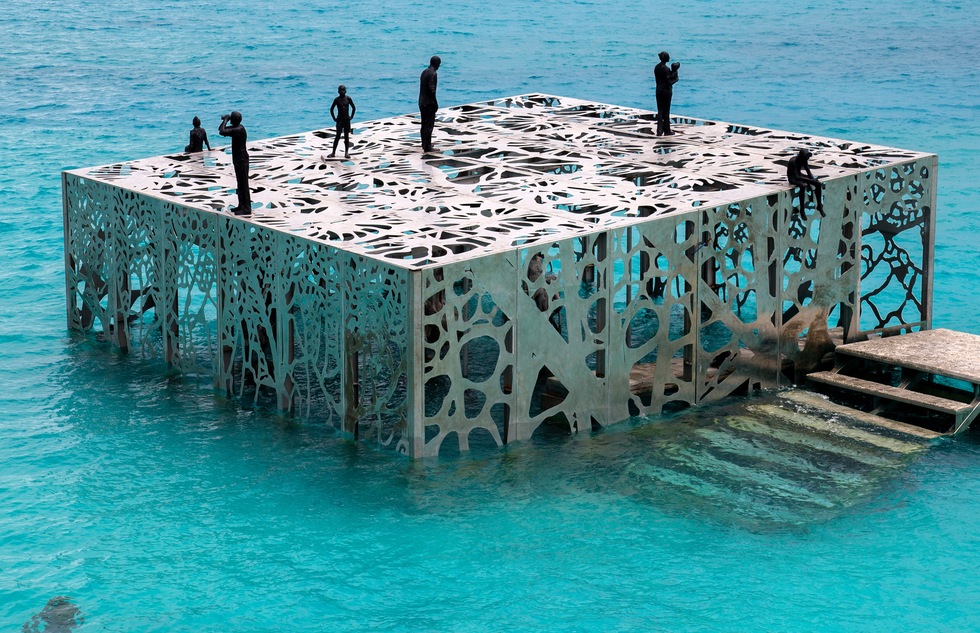 The world's first semi-submerged sculpture park is now open for snorkel-equipped art lovers off the coast of the Maldives in the southern Indian Ocean.

Dubbed Coralarium, the over-/underwater project was dreamed up by British artist Jason deCaires Taylor, who, according to Smithsonian magazine, has worked on similar installations off coasts in Grenada, Mexico, and the Canary Islands.

Those were all under the surface, though. The Maldives work combines elements both above and below the sparkling turquoise ocean.

Everything centers on a partially submerged stainless steel cube with large, irregular cutouts in the walls. From a distance it looks something like a gigantic kitchen sponge floating in the sea.

The structure is adorned with 28 concrete statues, many of them cast from local residents. Some of the figures are situated on top of the cube, some are fully submerged on the ocean floor, and some occupy an in-between space. The degree to which those are covered by water is determined by the tide.

The placement of the sculptures, the artist has said, is intended to represent the interconnectedness of humanity. 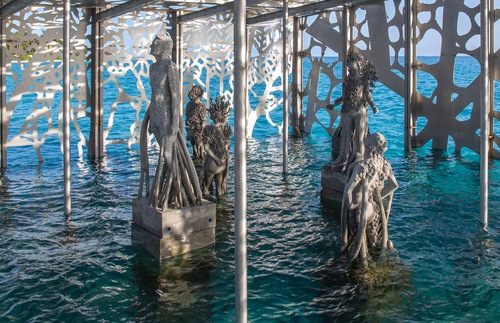 There's an ecological aspect, too. Building materials were carefully chosen so as not to throw off the natural balance, and chunks of old coral were incorporated to encourage new growth.

That means that as plant and marine life move in, the art will change over time. Combine that with the shifting tides, and you've got a gallery in flux where no two visits are ever the same.

And just how do you visit?

Coralarium sits in waters belonging to the Fairmont Maldives Sirru Fen Fushi, a luxury resort on Shaviyani Atoll. Access to the installation is available via snorkeling and scuba group tours led by marine biologists. Contact the hotel for more information. 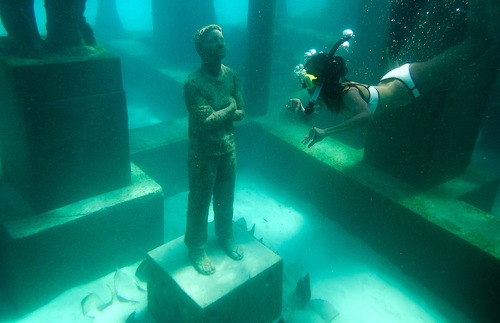