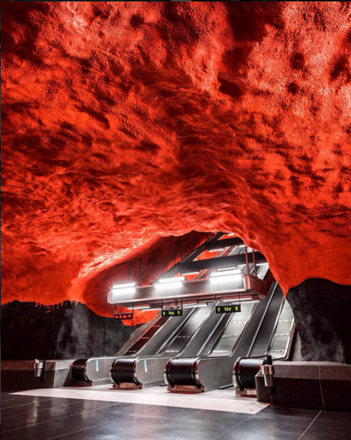 Twenty-year-old Canadian photographer Chris Forsyth has been documenting some of the world's lovelist public transit stations in a photo series he calls "The Metro Project."

After first focusing on the 1960s-era stations of his hometown of Montreal, Forsyth next turned his lens on Europe, capturing eerie, unpeopled portraits of Stockholm's Tunnelbana system—including the psychedelic cave that is the famous Solna Centrum stop—as well as modern, spacious transit hubs in Munich and Berlin.

Having photographed more than 150 stations at this point, Forsyth next hopes to visit the subways of Warsaw, Moscow, Paris, and London.

He's also inviting members of the public to join the project by posting to Instagram images of the stations they pass through and attaching the hashtag #mtlmetroproject in Montreal and #themetroproject everywhere else.