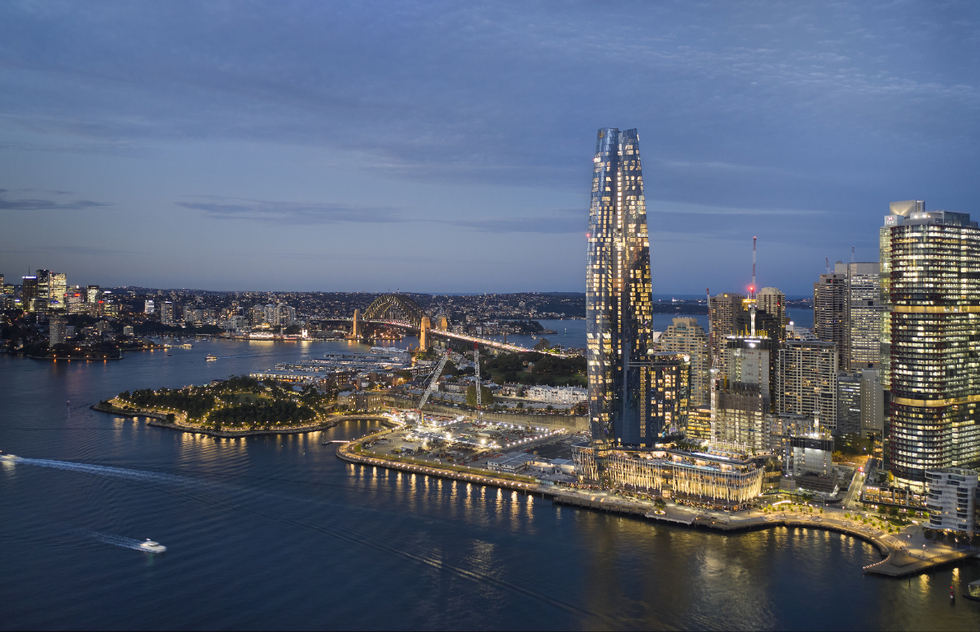 A stunning addition to the already iconic harborside skyline of Sydney, Australia, has been named the world's best new skyscraper.

The 890-foot-tall One Barangaroo tower (pictured above) earned the top spot in the annual Emporis Skyscraper Award ranking of tall buildings with exceptional "aesthetic and functional design."

According to a press release, winners were selected by an international jury of architecture experts who considered more than 300 buildings, all of which were completed in 2020. The you-must-be-this-tall minimum height for consideration was 100 meters (328 ft.).

This is the first time in the award's 21-year history that the winning building is located in Australia.

Designed by architecture firms WilkinsonEyre and Bates Smart, the 71-story One Barangaroo got high marks from the judges for an extravagant exterior meant to resemble three petals twisting toward the sky. Developed by Crown Resorts, the tower houses a luxury hotel, restaurants, a casino, and condos. 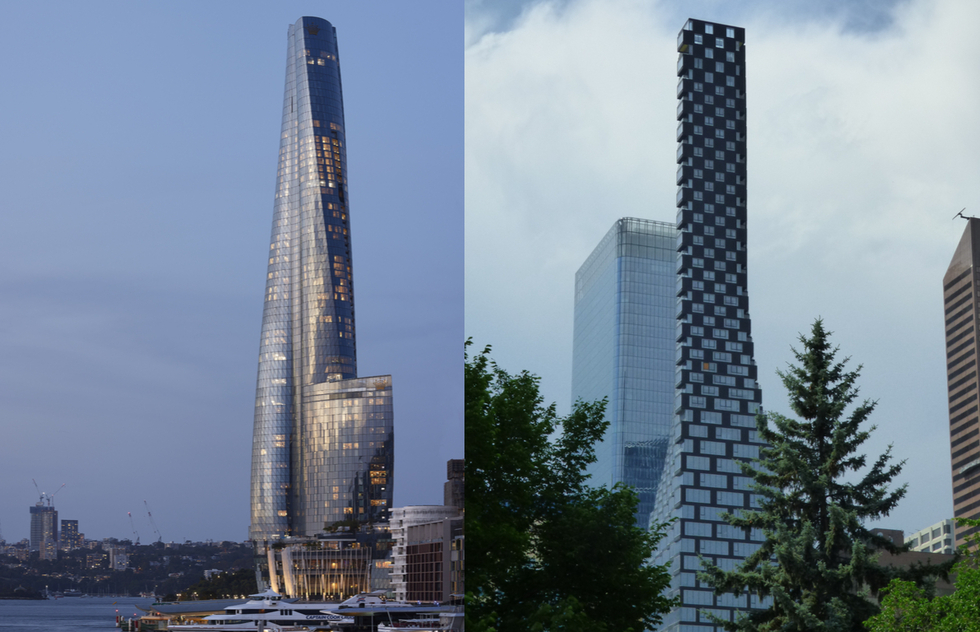 Second place went to Telus Sky in Calgary, Alberta, thanks to the office building's strikingly Dr. Seuss-like look, with a broad rectangular base and floor sizes that gradually shrink the higher up you go, creating a bunch of little terraces and balconies extending from the structure.

The highest-ranking U.S.-based edifice was New York City's One Vanderbilt, which landed in the bronze position. The jury praised the latest tower to scrape the skies of Midtown Manhattan because of the building's "four visually clearly separated modules" that add up to "an asymmetrical, distinctive shape." 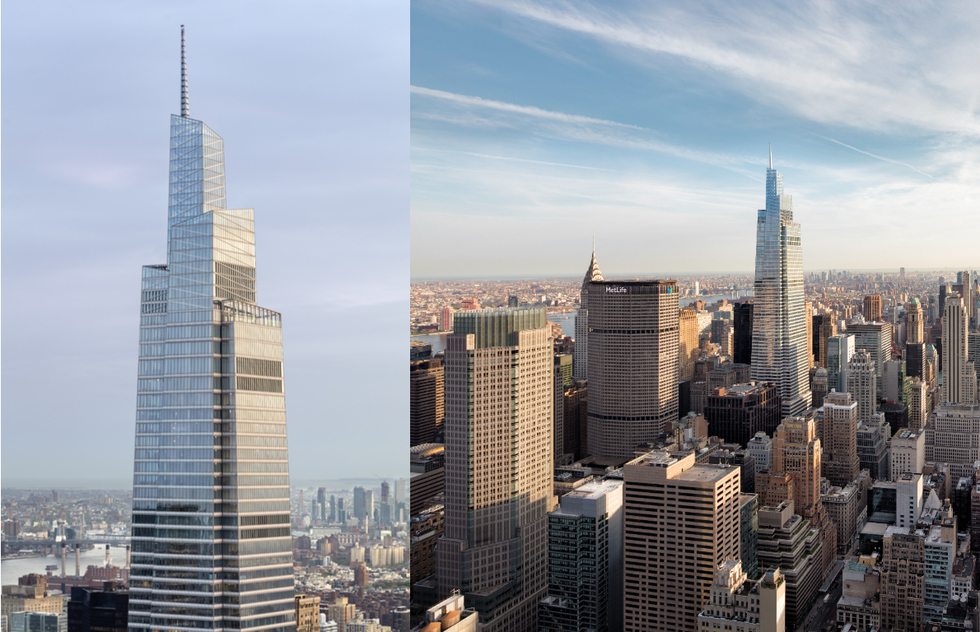 Visitors will soon get the chance to appreciate the architecture from the top, when One Vanderbilt's Summit observation deck opens on Thursday, October 21. Among the spine-tingling features are glass-floored elevators and glass boxes that project from the facade.

With three skyscrapers in the top 10, the United States had a stronger showing than anywhere else (take that, Dubai). 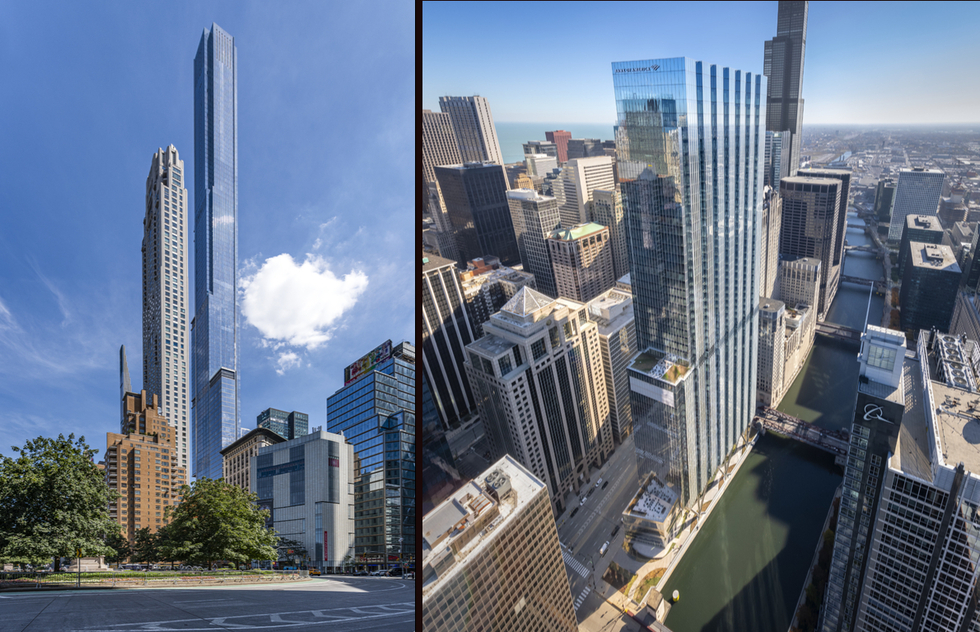 In addition to One Vanderbilt, U.S.-based buildings that made the list were New York City's Central Park Tower in eighth place and Chicago's 110 N. Wacker Drive in ninth.

The quirkiest property on the list is probably the one that came in fourth: Milan's parenthesis-shaped Libeskind Tower, which is named after its architect, Daniel Libeskind. The structure is also known as Il Curvo, though we feel it's not too late to rechristen it as La Jenga. 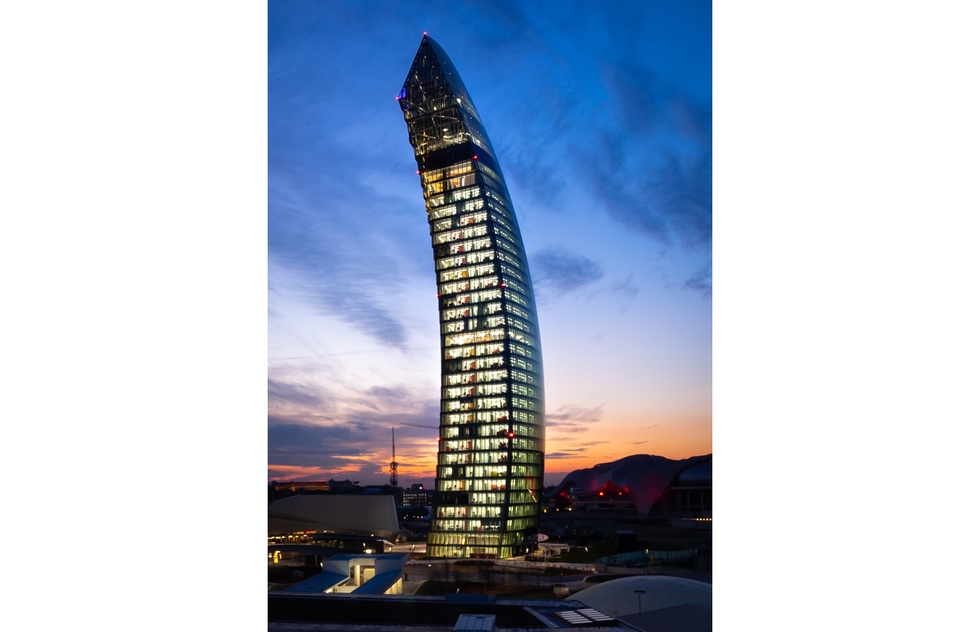