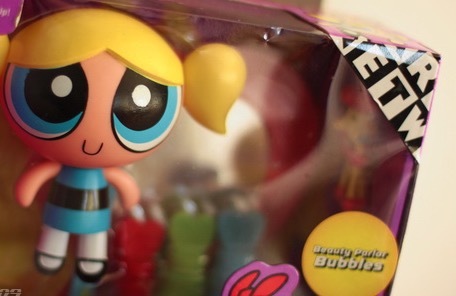 The first fully immersive Cartoon Network cruise ship is currently in the works.

We'd like to tell you the plans are being cooked up in Dexter's Laboratory, but in fact the project is a joint effort of the Turner company, which owns the animation-dominated cable channel, and the Singapore-based Oceanic Group.

Dubbed the Cartoon Network Wave, the 11-deck, 2,000-passenger ship will have colorful depictions of beloved two-dimensional stars from Adventure Time, The Powerpuff Girls, and other CN shows decorating the hull. It's not yet clear which already constructed vessel will be used, though that choice will obviously affect the amenities available.

A post shared by Attractions Management (@attractionsmanagementmag) on Jan 25, 2018 at 8:09am PST

On board, family members of all ages can keep themselves busy exploring themed lands, navigating a ropes course inspired by Adventure Time's Land of Ooo, having a burger at Johnny Bravo's food truck, and cavorting with costumed characters.

Disney Cruise Line's four ships (with three more on the way) have proven that kiddie entertainment on the high seas can succeed. It helps when the brand's universe—or tooniverse, as the case may be—appeals to a wide age range and the ship supplies plenty of activities and relaxation opportunities for adults, who can indulge in me time while assured that their children are being safely catered to elsewhere on the ship.

Cartoon Network, which has previously ventured into theme-park and restaurant territory but never before cruises, could also fit that particular bill (though on a far smaller scale than Disney, of course). After all, programs like Adventure Time are already hugely popular with adults.

According to Attractions Magazine, Cartoon Network Wave will sail from Singapore later this year, making stops in the Asia Pacific region, including Thailand, China, South Korea, and Australia.

Many of the details relating to itineraries and booking dates are still at the drawing-board stage (animation pun intended), but stateroom rates are expected to start at around $150.