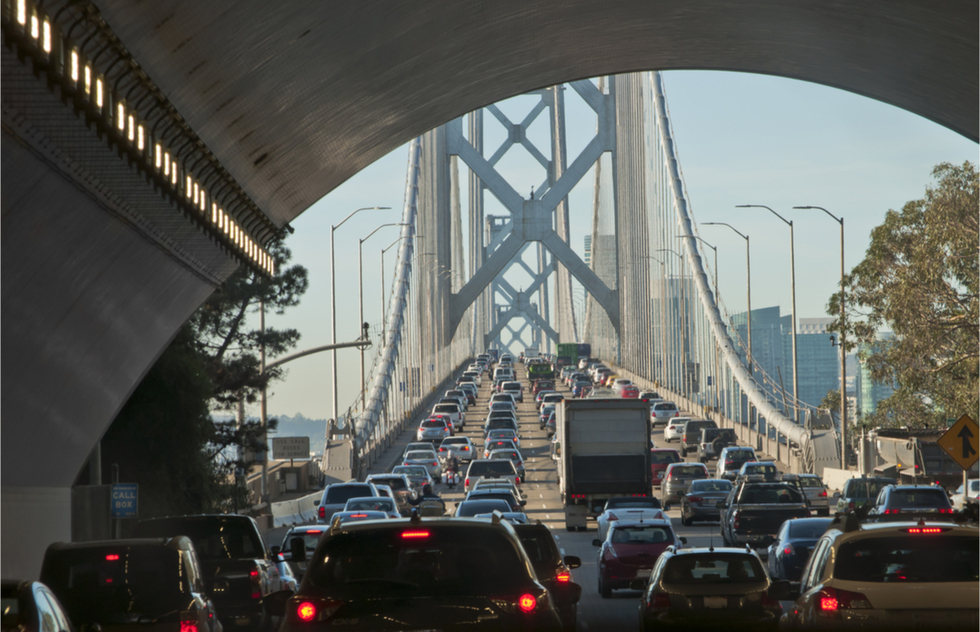 Road Rage, USA: Which Places Have the Most Stressed-Out Drivers?

Considering a road trip this year? There may be a few speed bumps, including an unusual shortage of rental cars and potential sellouts at campgrounds for overnight stays.

And as more drivers return after months of inaction, there will be stress points on the highways. The website FleetLogging.com, which helps businesses manage commercial vehicles, just put out a 2021 survey on that very topic.

Researchers analyzed some 60,000 tweets from January that contained the word "traffic" to determine which cities, states, and roads are the most irksome for drivers.

Interestingly, the streets around New York City, Los Angeles, and San Francisco (pictured above)—places considered by popular wisdom to be among the most congested in the United States—don't even add a blip in the rant-o-sphere that is Twitter.

Instead, the most miserable drivers (at least, the ones who are terrible enough to tweet from behind the wheel) are found in and around Lubbock, Texas, where, according to the survey, 75% of the tweets sent by drivers indicated they were under pressure. 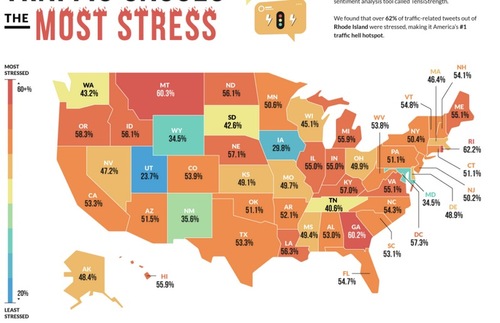 When it comes to states, tiny Rhode Island appears to play an oversized role in destroying mental serenity—that state had the highest density of stressed traffic-themed tweets (62.18%).

However, FleetLogging notes that an unusual number of road closures due to construction were happening when the study was undertaken, which may account for Rhode Island's ranking. Montana (60.3%) and Georgia (60.2%) came next.

Utah, conversely, is the most mellow state, at least according to motorist tweets. (It made us wonder: Do motorists ever tweet rave reviews of their commutes?) Also easygoing: Iowa (29.8%) and Wyoming (34.5%). Considering all that wide-open space, perhaps those results aren't shocking.

FleetLogging also looked for specific stress-inducing roads, and the dubious winner in that category is I-95 in Florida—nearly 90% of the tweets about that stretch of pavement mentioned traffic and/or frustration.

We must hope that all of these irate motorists waited until they got home to start tweeting about their miserable journeys. Something tells us they didn't, though—and that's a lot more stress for the rest of us.

You can read the full results—as anecdotal as they are—by visiting FleetLogging.