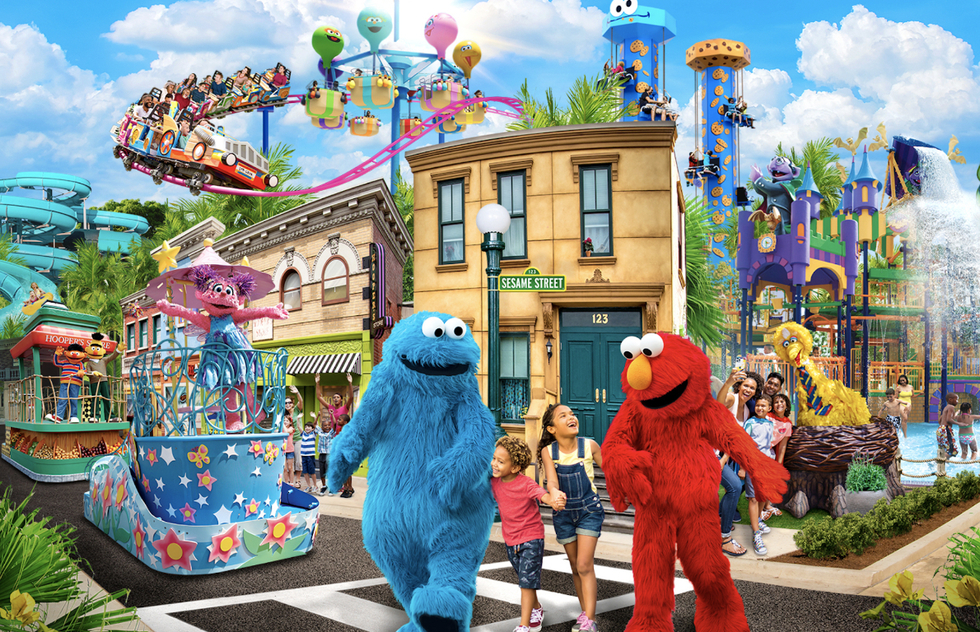 To the venerable query "Can you tell me how to get to Sesame Street?", a new theme park in Southern California has an answer: by inner tube.

Set to open in March, the California iteration of Sesame Place joins another park of the same name in the suburbs of Philadelphia. Down in Florida, meanwhile, SeaWorld Orlando has its own Sesame Street Land devoted to Big Bird and company. But the Chula Vista property is the first Sesame Street park on the West Coast. 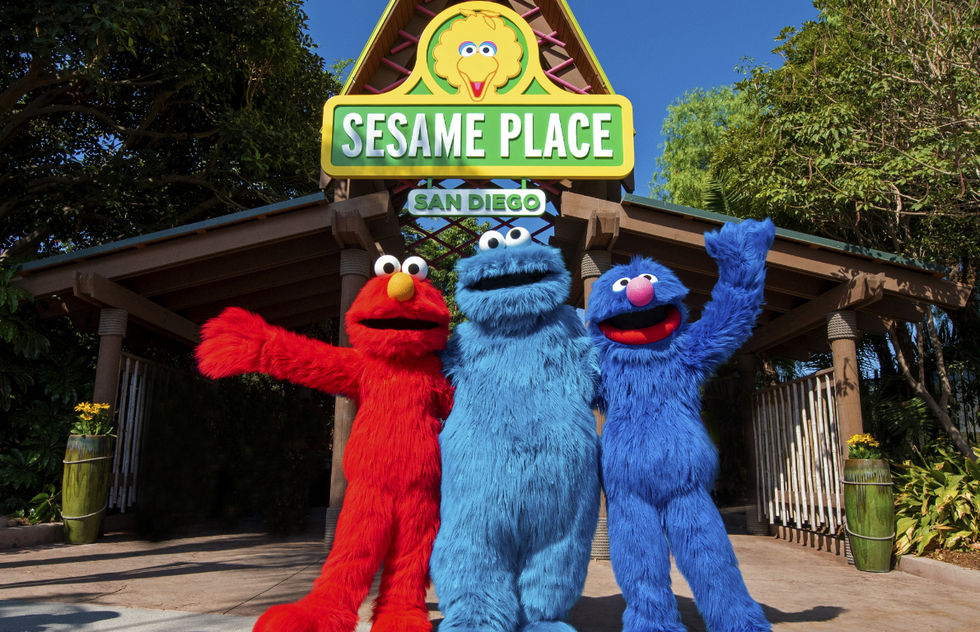 Though there are some water slides at the Pennsylvania park, Sesame Place San Diego will be considerably wetter, owing to its location at the former Aquatica park, which had its final season last summer. (The remaining Aquatica water parks in Orlando and San Antonio will retain their existing themes.)

According to a press release from SeaWorld, 11 of Aquatica San Diego's water attractions, including slides and a huge 500,000-gallon wave pool, have been "reimagined" to fit with the new guise. The Mercury News of San Jose, California, says that means the owners are "overlaying [the existing attractions] with Sesame Street themes."

This isn't just a rebranding, though. The 17-acre park, which is a half-hour drive from the separately ticketed SeaWorld San Diego (where there is a small Sesame Street play area), will also have eight newly constructed dry rides suitable for the 9-and-under set.

Some attractions at the new park, such as a relatively gentle roller coaster called Super Grover's Box Car Derby, mirror the style of Sesame Street attractions families will find at the Orlando and Philly properties.

But other rides are San Diego–only creations, such as Elmo's Rockin' Rockets and Rub-A-Dub-Sub, an aboveground voyage aboard Ernie's toy submarine, the S.S. Duckie.

As in the other parks, the California one will have a streetscape designed to be the spitting image of what you see on PBS, with re-creations of Hooper's Store and the 123 Sesame Street stoop as well as plenty of chances to interact with costumed characters.

Shows, a daily parade, and seasonal events are promised to round out the offerings.

Sesame Place San Diego is scheduled to open in March (the specific day hasn't been announced yet), with the water slides and other aquatic features expected to resume splishing and splashing Memorial Day weekend.

Tickets, which start at $59.99 per person, are on sale now and can be purchased at SesamePlace.com.