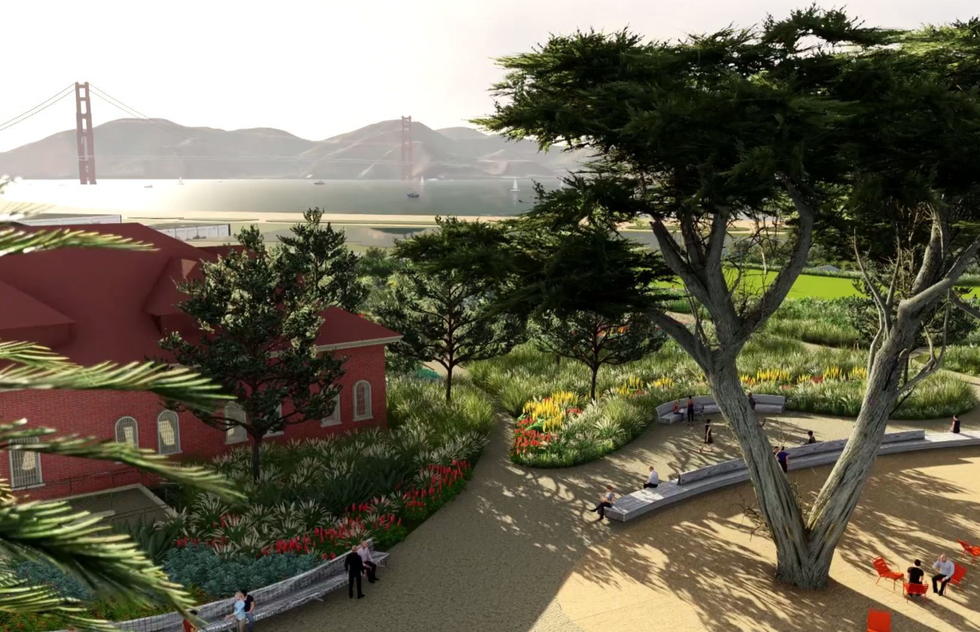 The innovative green space makes use of the land above the car tunnels of the Presidio Parkway near the Golden Gate Bridge. 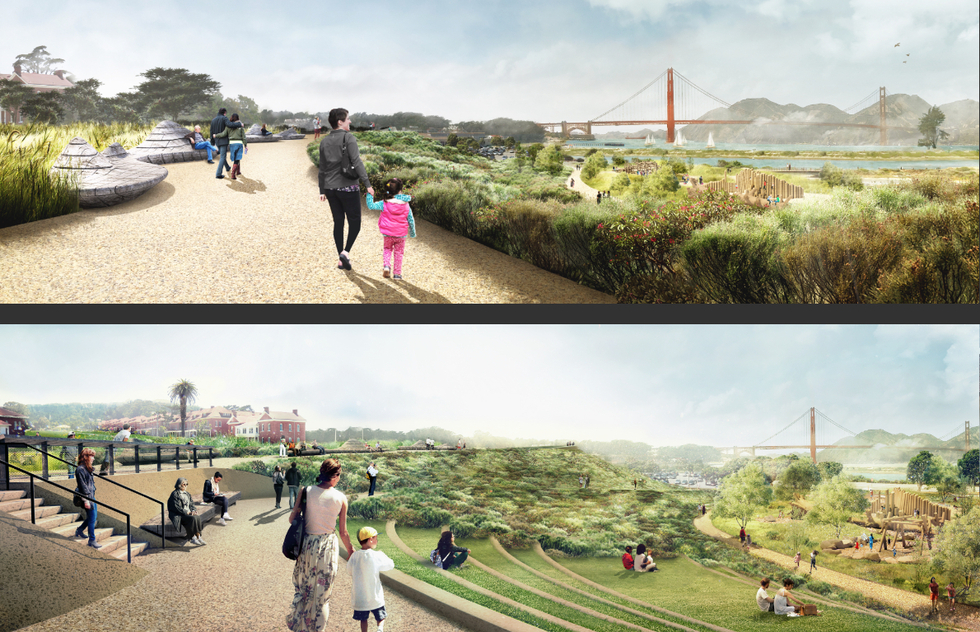 The project was designed by James Corner Field Operations, the firm behind the High Line, New York City's extremely popular elevated promenade set on the tracks of an out-of-use railway.

Similarly, the Tunnel Tops backers aim to make an urban Eden where another transportational eyesore once stood.

That would be the old Doyle Drive, which, as SFGate explains, was built in 1936 to connect San Francisco to the Bay's world-famous bridge. By the early 1990s, though, the highway was considered "unsafe and unsightly" and was eventually replaced with the parkway and its traffic-masking tunnels.

A post shared by The Presidio of San Francisco (@presidiosf)

The $118 million Tunnel Tops addition (funded mostly from a Golden Gate National Parks Conservancy capital campaign) links the main Presidio area with the Crissy Field waterfront parkland. The new spot will feature trails, picnic areas, and scenic outlooks with prime views of the Golden Gate Bridge. The site's gardens and meadows are filled with scores of plants native to the area.

A visitor center, food options, a pavilion, and a campfire circle are in the works as well.

In a nature play area called the Outpost, kids can romp on equipment built from fallen tree trunks, boulders, and other natural materials. The renovated Crissy Field Center and brand-new Field Station will offer indoor arts and science programming.

There's no admission fee for visiting Presidio Tunnel Tops. A schedule of free, family-friendly events planned for July through October will be announced soon.