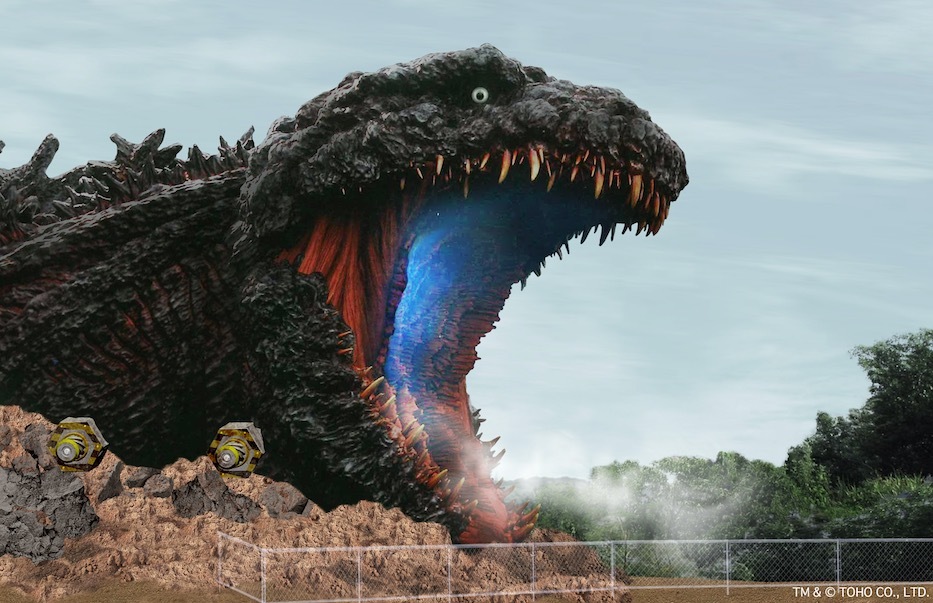 A soon-to-open tourist attraction in Japan will feed Godzilla a steady diet of humans.

At the new Godzilla Museum on Awaji Island southwest of Osaka, a zipline will stretch into the "oral cavity" of a huge replica of the legendary reptilian sea monster (rendering above), best known as the antihero in a 32-film (and counting) franchise launched by the Toho studio in 1954.

In addition to journeying into the belly of the beast, the zipline experience includes a game requiring players to fire away at the monster in an arcade-style shoot-'em-up.

The game and zipline aren't open yet, but, in the meantime, visitors to the Godzilla Museum can check out 80 monster figures, movie props, models, posters, and other memorabilia in Toho's collection as part of the museum's preview opening, which started August 8 and will end on the last day of the month. 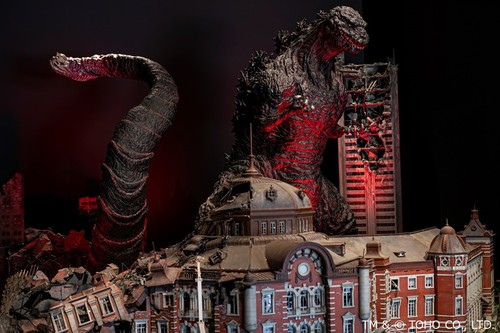 The exhibit will then close but will reopen for good—with the zipline in operation—by the end of 2020, according to a press rep.

Godzilla should really be wearing a mask right now instead of roaring germs all over everybody anyway.

The attraction is the world's first permanent museum devoted to Godzilla, though other Toho creatures such as Mothra will be represented as well.

The museum will of course have branded merchandise for sale as well as themed snacks, such as desserts stamped with reptilian paw prints.

Here's some of the exclusive food collab items that will be available at the new Godzilla Museum at Awaji Island. pic.twitter.com/LJk6mgAaCV

The Godzilla Museum is located on the grounds of Nijigen no Mori, a park featuring mostly outdoor games and installations centered on anime and manga characters.