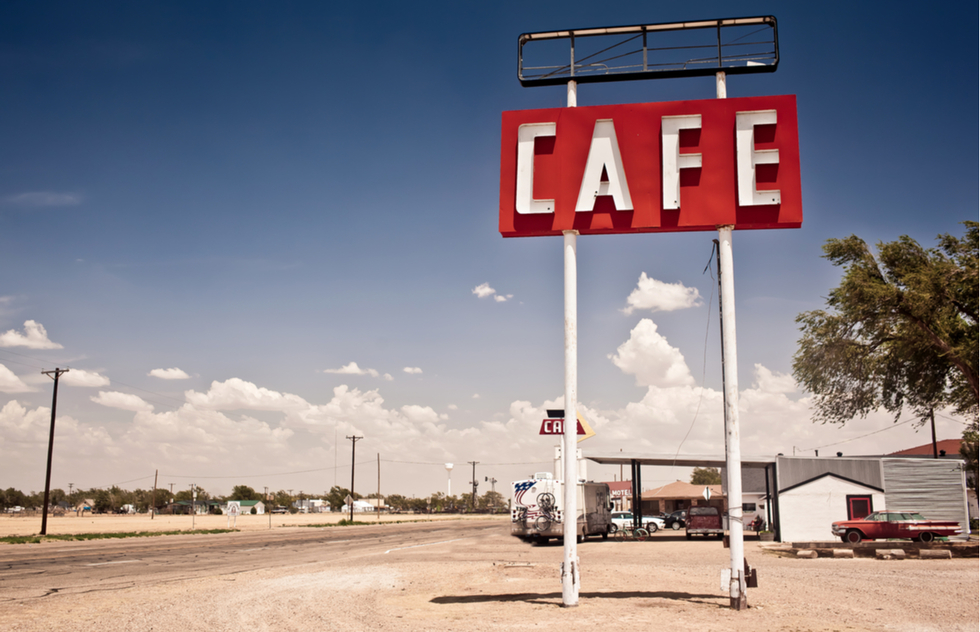 Long before "foodie travel" became a term anybody used, Jane and Michael Stern published Roadfood in 1977. That first guidebook to the best regional eateries in the United States spawned a whole series of books as well as a beloved website with the same name.

But with no one hitting the road much these days, Roadfood has pivoted to recipes, supplying home chefs with instructions for re-creating dishes from the clam shacks, barbecue joints, diners, delis, sandwich shops, and other restaurants you can find while driving around the United States.

The wonderfully eclectic recipes that Roadfood shares are each attached to a photo and paragraph-long story about local produce, regional tastes, and the inventiveness of U.S. restaurateurs—a creativity often born of frugality.

Take Maple Hurricane Sauce, a specialty thought up in 1938 by "Sugar Bill" Dexter, owner of Polly's Pancake Parlor in the White Mountains of New Hampshire. Dexter had a "windfall" of apples that year and decided to cook them in maple syrup, resulting in the gooey goodness that is this topping. Put it on pancakes or ice cream or, heck, eat the stuff by itself. There are no dietary rules in quarantine.

From Boston's late, great Durgin-Park comes Coffee Jell-O. The restaurant's owner hated throwing out unused java at the end of the night. So he made a dessert out of it.

Roadfood also has the recipe for Elvis Presley's favorite pound cake, Gooey Butter Cake from St. Louis, along with many other sweet treats.

On the savory side, there are gems such as Hoppel Poppel, a very loaded, deconstructed omelet from Benji's Deli in Milwaukee; peanut soup from the Southern Kitchen in Virginia's Shenandoah Valley; and Iowa Loosemeats, a sort of Sloppy Joe from Ye Olde Tavern in Sioux City.

My favorite, at least to read about, is less of a recipe than an exhortation to just do it: BBQ Spaghetti. This Memphis delicacy is exactly what its name promises—barbecue sauce dumped on top of pasta.

You can search for recipes at the Roadfood website, but it's easier to access them at Roadfood's Facebook page. Dishes are posted under the heading "QUARANTINE CUISINE."