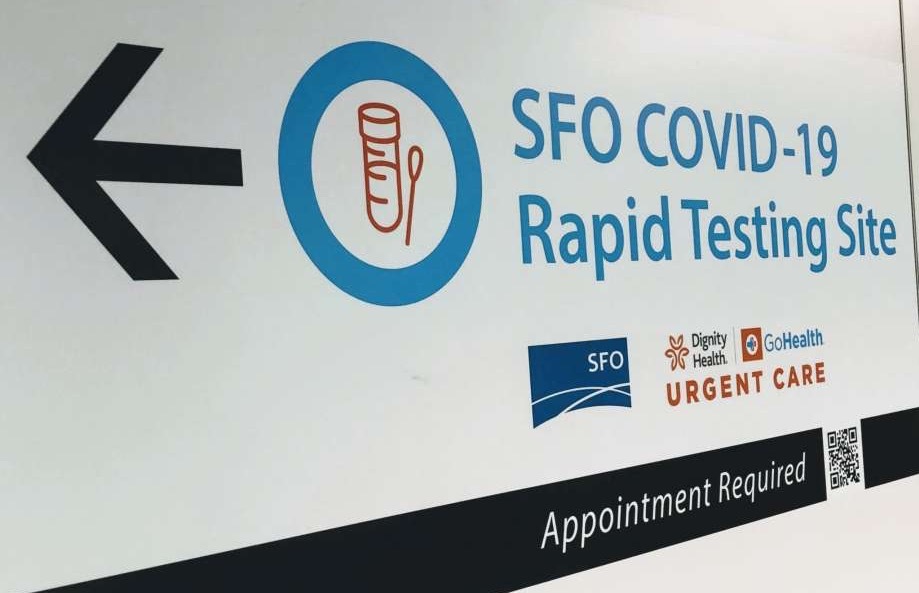 Covid-19 has been with us for the whole year, and back in the spring, countries around the world began requiring negative test results from visitors, but the world's airports still aren't responding to the crisis by giving passengers places to get tested quickly.

The trouble is that the service is for airline and airport employees only.

Such efforts are entirely necessary and we applaud them with great enthusiasm.

Can we have the same facilities for travelers now, too?

Some airports, such as New York City's JFK, have vendors who sell Covid-19 tests, but they take days to return results. Even states that require Covid-19 tests for entry, such as Alaska, direct passengers to similarly poky testing sites.

SFO is the first U.S. airport to make sure results are delivered within the hour. That's crucial because many countries require that arriving visitors' test results be no older than 72 hours.

If the U.S. could fill its airports with rapid Covid-19 testing kiosks, it would contribute to the safe reopening of international travel in a major way.

The issue, judging by comments made to promote the opening, is who will pay for it.

In remarks to The Hill, Matt Cornelius, executive vice president of Airports Council International–North America (ACI-NA), said, “Airports believe governments around the world should adopt robust testing systems that will allow countries to wind down their quarantine orders and reopen global travel. However, airports themselves should not be forced to bear those costs or operational burdens.”

San Francisco plans to operate the new testing facility for an undetermined period of time before deciding whether to expand the program to include passengers.

According to The Hill, officials at LAX in Los Angeles have announced they're working to create a rapid-result testing site of their own that would accept both passengers and employees.

Meanwhile, over the weekend, Germany added another airport to its list of already existing Covid-19 testing locations in Frankfurt and Munich. The new facility at Hamburg, run by Centogene, will only test people arriving from low-risk areas, and it won't test anyone displaying potential coronavirus symptoms. To offset expenses, the price of the test has been set at €59 (about $70).