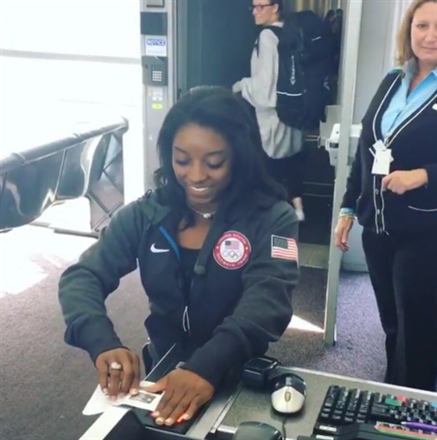 To the surprise of passengers and unsuspecting crew members, the four-time gold medalist made flight announcements over the P.A., took boarding passes, and even directed traffic out on the tarmac—all part of a promotion for United Airlines, which sponsors several Olympians.

We're not sure what the point was supposed to be, but at least it gave travelers a thrill and generated some fun social media posts as well as this report from a local news outlet.