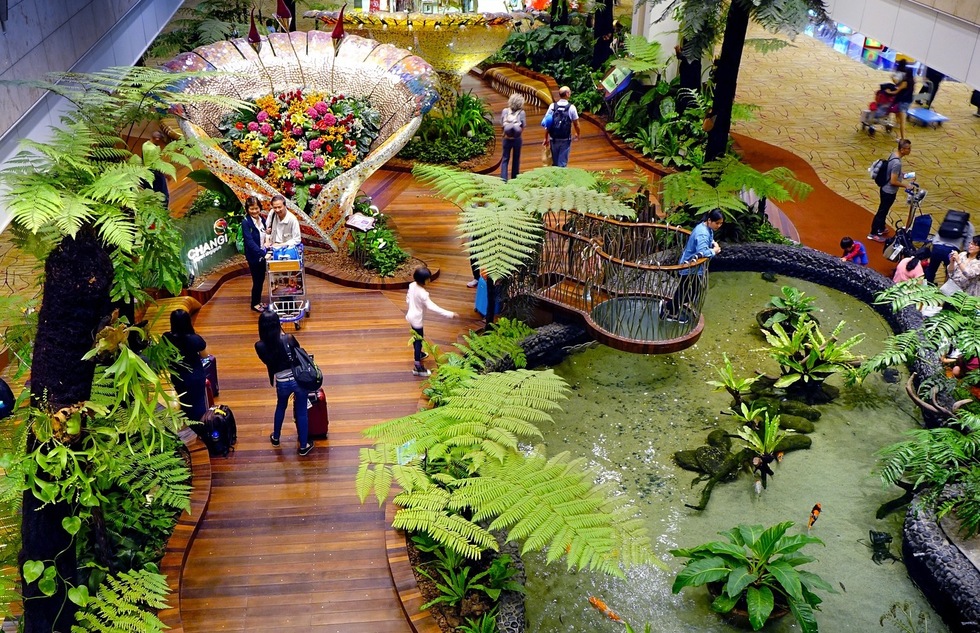 In its well-regarded annual ranking of the world's best airports, Skytrax has named Singapore Changi Airport number one for the sixth time in a row.

Relying on millions of customer surveys filled out by travelers around the globe, the terminal trackers found the Asian city-state's airport exceptional in its cleanliness, service, shopping, dining, security and customs processing, transit options, and leisure amenities, which include a butterfly garden and swimming pools.

And as Travel + Leisure points out, the place will only get better next year with the opening of a gleaming new 10-story terminal outfitted with walking trails, mazes, and the world's largest indoor waterfall.

Makes that Chili's Too at O'Hare sound pretty pathetic, doesn't it?

Altogether, passengers who fly through Asia are practically assured a pleasant experience. Six of the continent's airports made the list's top 10, including slots one through five. The most-loved terminals after Changi are Incheon in South Korea, Tokyo-Haneda, Hong Kong, and Doha-Hamad in Qatar. Central Japan International Airport in Nagoya was ranked seventh.

To find a U.S. airport on the list, you have to jump down to 29th place, where Denver landed. But the country sure doesn't lack for terrible airports; you can read our roundup of the worst offenders here.