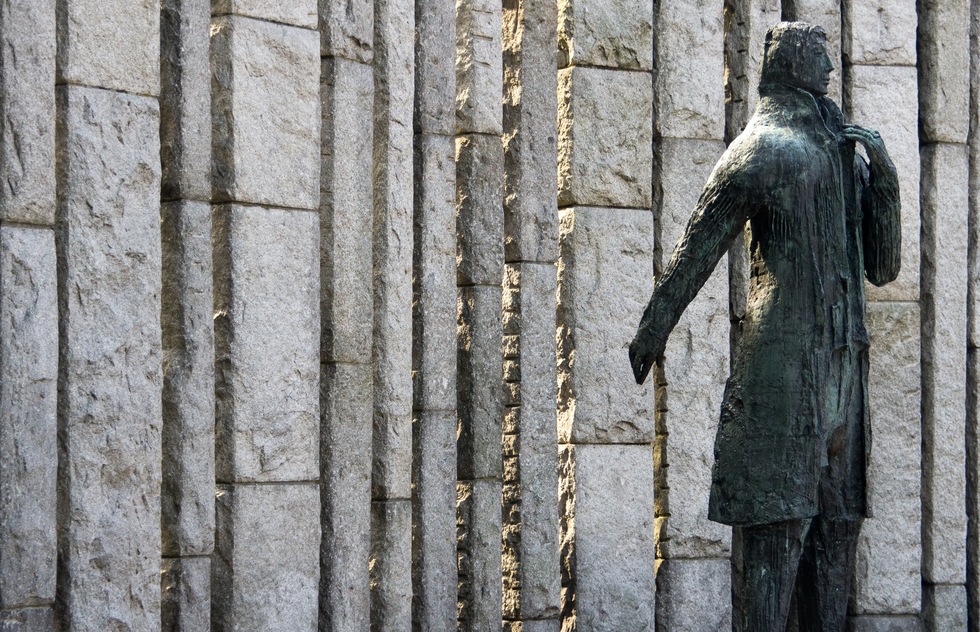 Statues in Dublin Can Call Your Mobile Phone

In the famously word-drunk city of Dublin, even the statues now have the gift of gab.

As part of a new tourism project called Talking Statues Dublin, 10 of the Irish capital's most recognizable sculptural likenesses—including writers James Joyce (on Earl Street), Oscar Wilde (at Merrion Square), and George Bernard Shaw (at the National Gallery) as well as political figures James Larkin (on O'Connell Street) and Wolfe Tone (pictured above; in St. Stephen's Green)—can call your cell phone and tell you a little about themselves.

It works like this: Next to each of the chosen statues, you'll find a blue plaque with a QR code and URL. Either scan the code with your smartphone or type the URL into your device's web browser, and as long as your international roaming is on, your phone will ring. Answer the call and you'll hear a recording of a modern Irish celebrity delivering a lively monologue from the statue's point of view.

Among the participating performers: Gabriel Byrne as Joyce, Stephen Rea as Larkin, Brendan Gleeson as Tone, and Ruth Negga as Fidelity on the O'Connell Monument.

Launched by tourism organization Fáilte Ireland with the help of a nonprofit called Sing London (responsible for similar programs in London, Manchester, and Leeds), the chatty statues are intended to provide some context and local color—as well as a chuckle or two—for visitors who might otherwise see these landmarks as mere scenery.

The city is already considering adding new statues to the project next year. Wonder who they'll get to voice the bronze Molly Malone—known locally as the "Tart with the Cart." 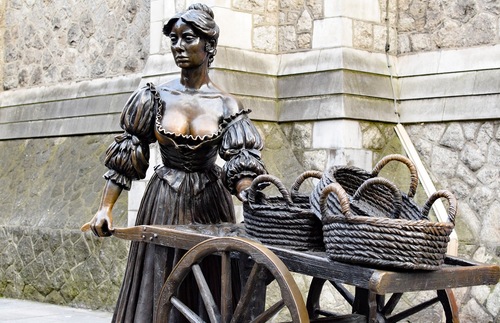