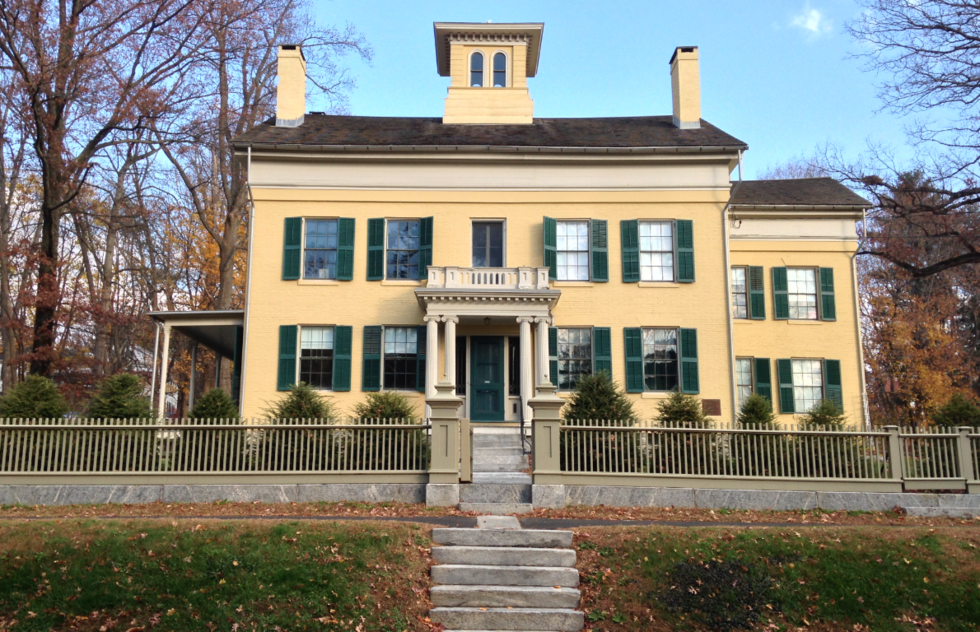 New: A Literary Walking Tour of the Great Writers of Amherst, Massachusetts

But the most perceptive and inventive poet of 19th-century U.S. letters (fight me, Walt Whitman fans) isn't the only noteworthy author to have called Amherst home at one time or another.

The UMass Public History Program and the Amherst Historical Commission have identified a dozen former addresses of local literary figures and gathered them together in the new, self-guided Amherst Writers Walk.

The tour, which can be accessed for free online, of course includes a stop at the Homestead (pictured above) on Main Street, where Dickinson spent nearly every minute of her life—a housebound yet artistically rich existence most recently reimagined in the playful series Dickinson, the third and final season of which is now streaming on Apple TV+. (For the record, most of that show was shot on New York's Long Island.)

Dickinson is just one chapter in this story, however.

Those who take the Amherst walk will also go past the onetime residences of poet Robert Frost and children's book author Norton Juster (The Phantom Tollbooth), as well as the spot where dictionary creator Noah Webster lived (it's now an apartment building) and the Inn on Boltwood, where the author, playwright, composer, and civil rights activist Shirley Graham Du Bois lived while teaching at Amherst College in the 1970s.

The website for the Amherst Writers Walk has maps and easy-to-follow directions for getting from site to site. Photos, quotes from each writer's work, biographical info, and links for further reading provide context and insight.

According to the Boston Globe, two more self-guided tours are in the works—one focusing on children's books associated with Amherst and another on local contemporary writers.

For more information, go to AmherstHistoric.org.

Note that the interior of the Emily Dickinson house is currently closed to the public for a restoration project that's expected to be finished by spring 2022.

For more bookish travel ideas, see our tour of authors' homes across the United States.