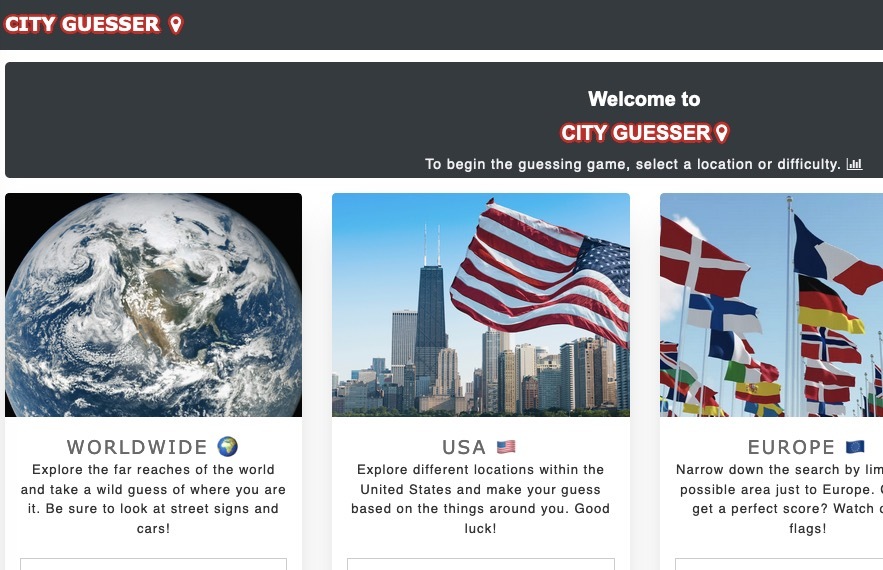 Earlier this week, we introduced you to some of our favorite YouTube channels for wonderfully zen, long-play videos that walk viewers through neighborhoods around the world.

Today, we bring you a free travel video site that's even more interactive. Created by teen web developer Paul McBurney Jr., City Guesser screens clips of strolls in world cities, but without identifying them. The object of the game is to use clues seen in the videos to guess which cities they were filmed in.

When players think they know, they click on a "Start Guessing" button, which takes them to a map of the world. The viewer then drops a pin, and if the guess comes within one mile of the actual site, virtual confetti drops. If the guess is off by more than that, the game reveals by how much.

The game has a library of some 600 clips, and players can choose to watch videos from walks around the world (most challenging) to videos that only show monuments, or they can narrow down to distinct regions or countries.

I mentioned at the top that the project was created by a teen developer for a reason: When I showed the site to my own teenaged daughter, who's currently going to school virtually, I didn't get the usual derisive eye roll. In fact, she liked the game so much that she said she wanted to tell her homeroom teacher about it so that she can play it with her classmates.

I highly recommend trying it with your own family, especially if you're avid travelers like we are. It's a surprisingly engrossing game that gives a wonderful, if tiny, taste of the travel experience.