Thank you for subscribing!
Got it! Thank you!
Home›Trip Ideas›Local Experiences›Spend Hours Walking Around the World's Great Neighborhoods with These Addictive YouTube Channels 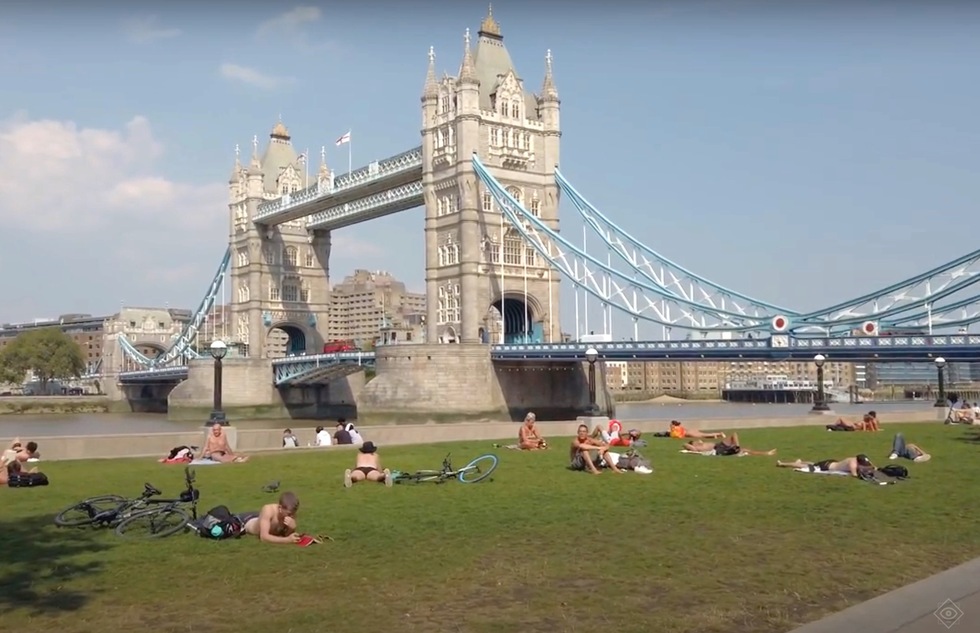 Narration-free virtual walking tours are racking up millions of views as they scratch our travel itch in isolation.

By now, many of us have started to have travel daydreams. What we wouldn't give just to unwrap a tiny bar of hotel soap, to drag a piece a luggage over cobblestones, or to tell the flight attendant no, we don't want coffee right now, thanks.

We have just the YouTube channel for you. Watched Walker films leisurely strolls through the world's great streets.

That's it. Watching the channel's high-definition virtual walking tours, which have garnered view counts into the millions, you head down streets with a steadied camera, exploring whole neighborhoods on foot.

As you gently go, you hear the sounds of conversation and commerce in passing. Sometimes, you amble through famous markets. Other times, you might be taken to explore London's legendary Selfridge's department store for half an hour (see below).

A year ago, we might have shrugged at the concept. This year, we're fighting the urge to leave these videos running all day, like a radio.

And we could: Watched Walker has well over a hundred choices, most of them between 20 minutes and an hour long. There's no goofy host, usually no narration—just the sweet zen of you-are-there exploration.

Watched Walker posts new videos on Monday and Thursday. Right now, the host is marooned in his home city (like most of us), so there's a lot of London being shown. Fortunately, that's a destination rich with video opportunities. (Get ready for coverage of holiday decoration season—last year's Oxford Street at Christmas walk has racked up nearly 1.5 million views so far.)

Spend an hour and change lazily strolling around London's West End and Covent Garden on a rainy Saturday night:

Lots of other European destinations have been captured by the account's cameras, too, including Paris, Barcelona, Madrid, the beaches in the South of France, and even the trams of Lisbon.

Virtual walking videos evoke the sights and sounds of travel, so they can scratch the travel itch for some of us. Fortunately, these videos now make up a bit of a subgenre on YouTube.

Similar long-form wandering videos are posted by the channels Rambalac (lots of Japan), Wind Walk (which leans toward the western U.S. and east Asia), ActionKid (who posts a lot of Taiwan and New York City, but with narration), and Wanna Walk (strong on Latin America and South America), among others.

"Walking around" videos are almost like being there—and they're whetting our excitement for the trips we're going to take in the future. They remind us of the way we explore on a real vacation, but without the blisters.