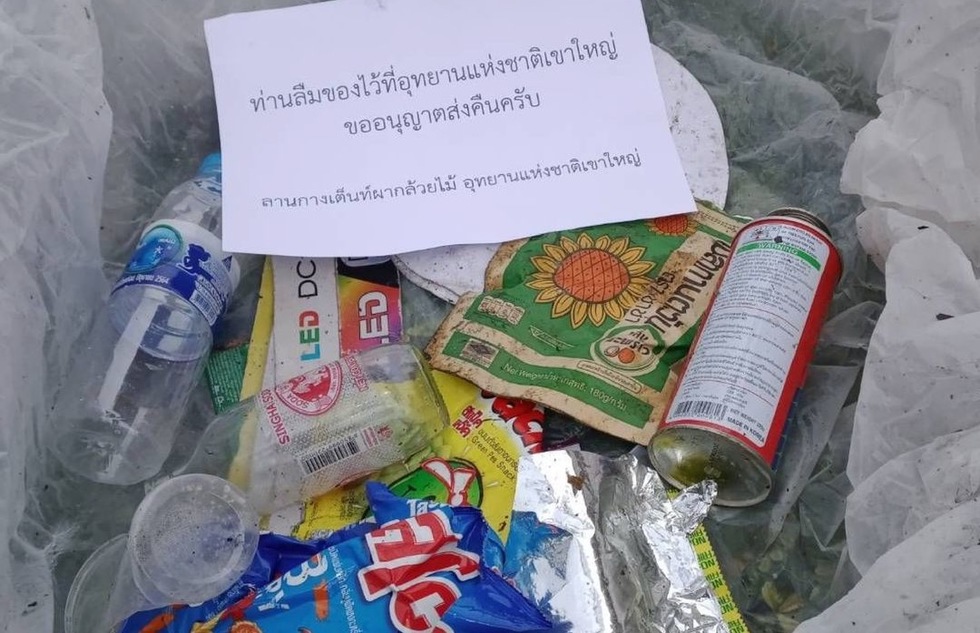 Thailand Is Mailing Trash Back to Tourists Who Litter

Government officials in Thailand have had it with people leaving garbage in nature reserves.

In a Facebook post last week, Varawut Silpa-archa, the country's minister of natural resources and the environment, promised to track down those who litter and personally mail them the trash they fail to dispose of.

The minister later posted photos showing a box packed with garbage collected from a tent that campers had abandoned at Khao Yai National Park, an expanse of forest, grasslands, and waterfalls in central Thailand.

The box of trash was accompanied by a spectacularly passive-aggressive note reading, "You have forgotten some of your belongings at the Khao Yai National Park. Please let us return these to you."

The New York Times, which provided that English translation of the note, confirmed that the package had indeed been mailed to the offending campers. The group was also informed that they've been banned from returning to the park for overnight visits.

They got off lightly, considering that Thailand's penalties for littering can include stiff fines and up to five years of jail time, according to the Washington Post.

Varawut undertook the unusual move of shaming inconsiderate vacationers in order to draw attention to the harm that waste can do to the park's foraging deer and other animals. Those populations thrived during the months when the area was closed to human visitors because of Covid-19.

It's nice to see a government trying to prevent people from turning nature into a dump. In fact, maybe the National Park Service in the U.S. should start its own program of returning garbage to messy campers. The Ad Council could even come up with a mascot for the campaign. How could America not fall in love with a cartoon dung beetle named Trashy the Litter Bug?