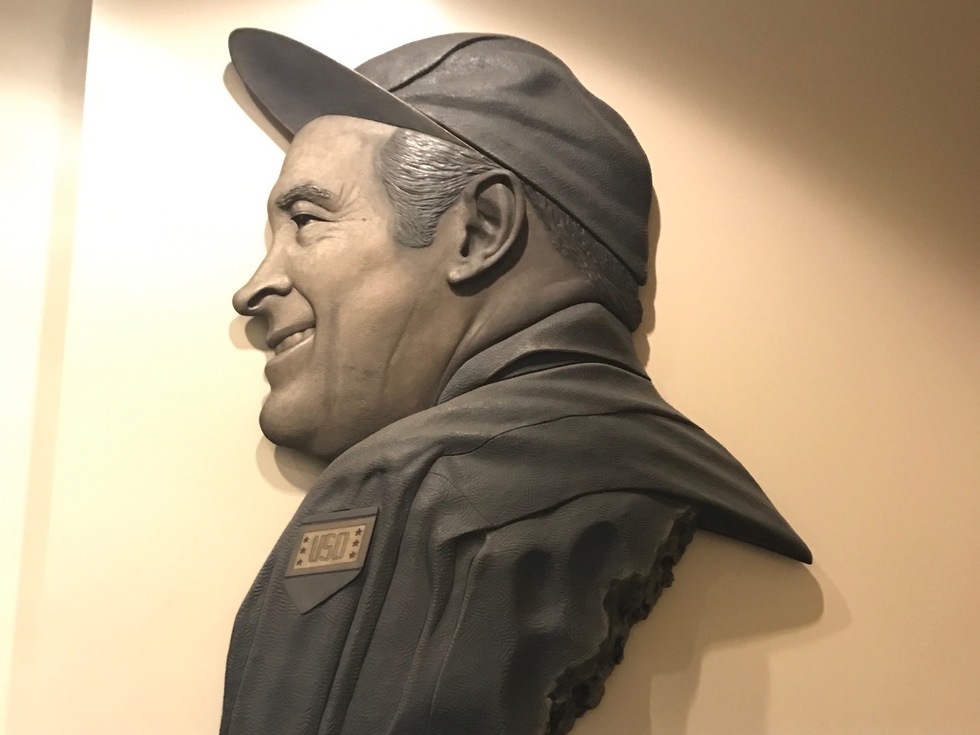 Thanks (and No Thanks) for the Memories, Bob Hope

The National World War II Museum in New Orleans—truly one of the best, most thorough, and well-funded historic museums in the United States, and deeply underrated—is adding a special new exhibition through the end of 2018 and into early 2019.

It's all about Bob Hope, the comic megastar whose association with the USO was a defining feature of both that war and his career. The exhibition, So Ready for Laughter: The Legacy of Bob Hope, collects letters, awards, and rarely seen film and photographs by the military photographers who followed him around the world as he bolstered morale for the troops.

The Bob and Dolores Hope Foundation has given the museum some $3 million to give it access to artifacts and to enable it to weave Hope's story into the exhibit.

The National World War II Museum, which opened in 2000 in the Big Easy (it has earned Frommer's' top rating of three stars), has been in an expansion mode over the past few years. Recent additions include buildings full of vintage aircraft and, in 2020, it will open a new pavilion dedicated to liberation and its aftermath.

Compare that to what's happening at the airport in Burbank, California, that Hope used so often to get from his home in Toluca Lake to his engagements around the planet. Hope, who is buried just a few miles away at an 18th-century Spanish mission, was such a fixture at the airfield that in 2003, the year of his death at age 100, the place was renamed Bob Hope Airport in honor of him.

It was a fitting tribute for a man who did so much for his adopted country—he was born in southeast London—but apparently Hope does not spring eternal. The name change wasn't to last.

No thanks for the memories, Bob: In a bid to position itself as an airport that also serves the city of Hollywood, the airport has jettisoned Hope's name and now simply calls itself Hollywood Burbank Airport.

Comic legend Bob Hope is being remembered at the World War II Museum but forgotten in Hollywood.

If travelers can no longer pay tribute to Hope at his airport beyond an old bust that still hangs on the wall (pictured), now—for this year, at least—they can do so in New Orleans.
Air Travel
Arts and Culture
News
Senior