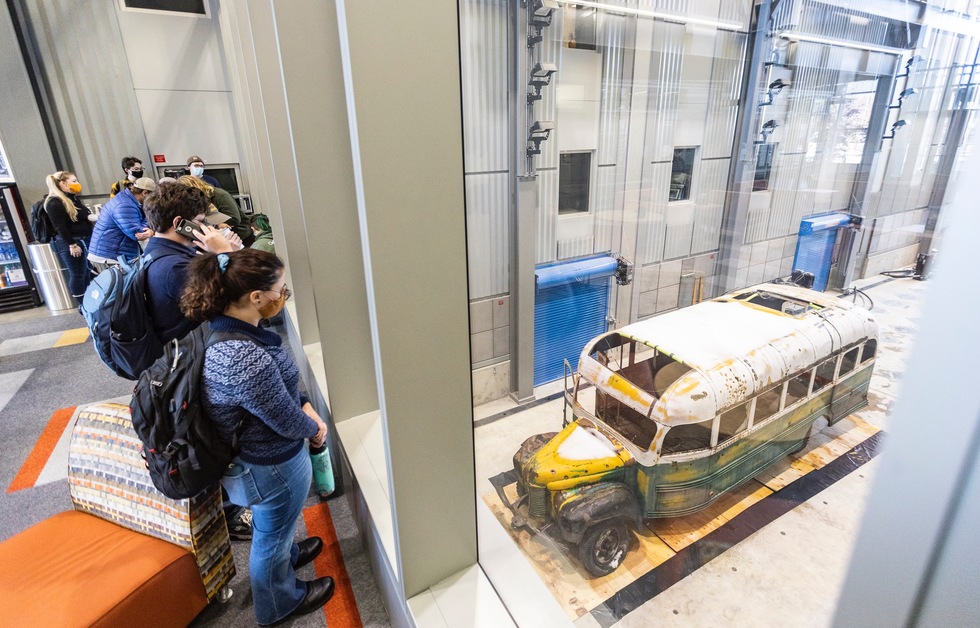 For one day in June 2020, hikers in backcountry Alaska could glimpse a truly fanciful sight: a rusting, 1950s Fairbanks City Transit System bus flying over the treetops.

In 1992, the nonfunctioning and long-abandoned vehicle had been the site of the starvation death of young hiker Chris McCandless, who sought refuge in it after being trapped in the area by a wild river.

By 2020, local officials realized the vehicle's notoriety had become a mortal danger, so the bus was plucked out of the wild by a National Guard Chinook helicopter (here's video of the spectacular event).

Bus 142, which broke an axle and sat forgotten for decades near the Sushana River, 20 miles off the Stampede Trail, was hard to find and harder to reach. But after McCandless's story was retold in Jon Krakauer's riveting best seller Into the Wild (1996) and director Sean Penn's 2007 film adaptation, the bus became a landmark that had a way of luring iconoclastic adventurers into their own life-threatening situations—costing the state thousands in perpetual rescue operations.

So even though most locals had originally intended to leave the vehicle alone as a mark of respect for McCandless, it was removed as a safety precaution and brought back to Fairbanks, where its adventures began some 70 years ago.

Now Bus 142, an International Harvester K-5 that was likely built in the 1940s, has arrived at its new home at the University of Alaska Museum of the North.

According to a press release from University of Alaska Fairbanks, "It will spend the rest of the academic year in the building’s high bay lab, where museum staff, engineers and conservators will continue the painstaking work of preparing it for display at the museum. The lab, which is visible from the building’s atrium, will offer a warm place to work and the public’s first chance to see the bus since its removal from the Stampede Trail last year."

The old workhorse needs some serious work. It's rusting, unstable, and punched full of holes from decay, earthbound vandalism, and its unorthodox flight. 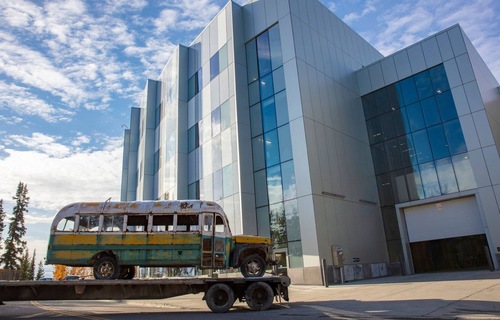 (Credit: University of Alaska Museum of the North / Roger Topp)

There are also gaps in the history of the bus to fill in (here is its newly established artifact record). So in addition to asking for donations through a crowdfunding page to help cover the expense of preservation, the museum is also seeking stories about the general public's firsthand experiences with Bus 142—you can submit your recollections, photos, and videos here.

The conservation project is being partly supported by a group called Friends of Bus 142, which has the support of McCandless's sister Carine, who wrote her own 2014 book about Chris and the events that led him to find the bus in the first place.

For now, visitors can lay eyes on the old Stampede Trail bus for free from a windowed overlook in the UAF Engineering Building on weekdays from 8am to 8pm.

In two or three years, though, Bus 142 will take its place on permanent display outdoors on the grounds where, the museum says, "visitors will have the opportunity to experience the history safely."

alaska, fairbanks, University of Alaska Museum of the North, museum, into the wild, history, chris mccandless