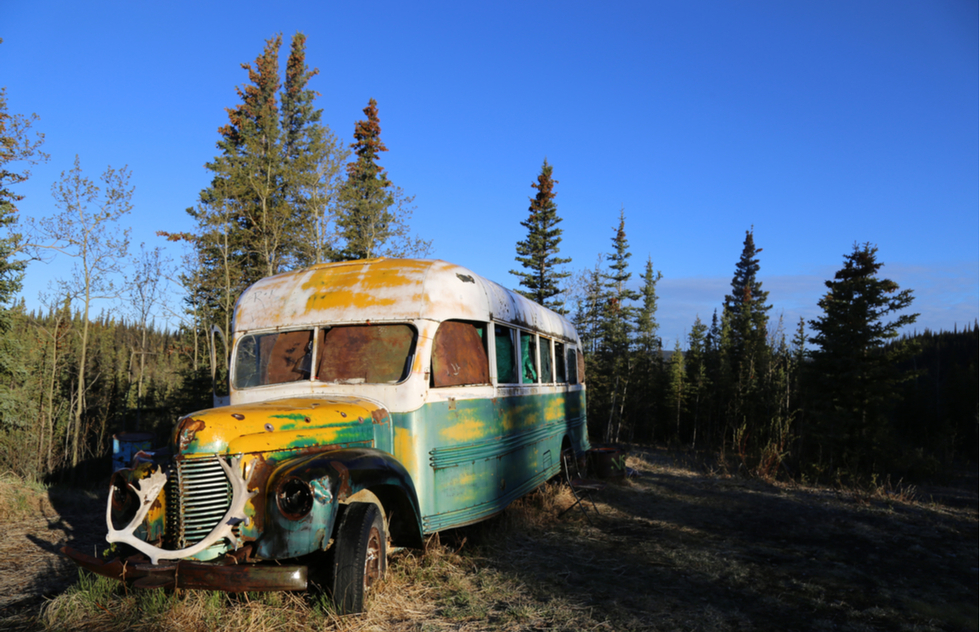 WATCH: “Into the Wild” Bus Airlifted from Alaska Backcountry

An abandoned bus in middle-of-nowhere, Alaska, became a grim tourism draw following the 1996 publication of Into the Wild, later made into a film directed by Sean Penn.

Jon Krakauer's best-selling nonfiction book tells the sad tale of hiker Christopher McCandless, a 24-year-old who got stranded in 1992 on Alaska's backcountry Stampede Trail in the Denali Borough. He took shelter in the inoperable bus, which had been left behind by a construction company decades before. After 114 days, McCandless, who kept a journal throughout his ordeal, died of starvation inside the vehicle.

In the years since Krakauer's book came out, numerous travelers have tried to make pilgrimages to the bus, despite its location in a spot so remote that cell phones don't work there and the nearest paved road is 25 miles away. (Incidentally, the bus used in the 2007 movie adaptation was a replica.)

McCandless got stuck in the area because the Teklanika River had swollen and become uncrossable. The river remains a danger.

Many hikers trying to visit the bus have had to be rescued, like the five Italian tourists who needed aid from emergency workers earlier this year. In 2019, a woman from Belarus died while trying to cross the water.

For those reasons, local government officials decided to get rid of the bus, citing public safety concerns.

This week, the Alaska National Guard airlifted out the rundown vehicle by helicopter.

The bus is now in the possession of Alaska's Department of Natural Resources while the agency "considers all options and alternatives for its permanent disposition," according to a statement.

While noting the "hold this bus has had on the popular imagination," Natural Resources Commissioner Corri Feige stressed in the statement how dangerous visiting the site can be.