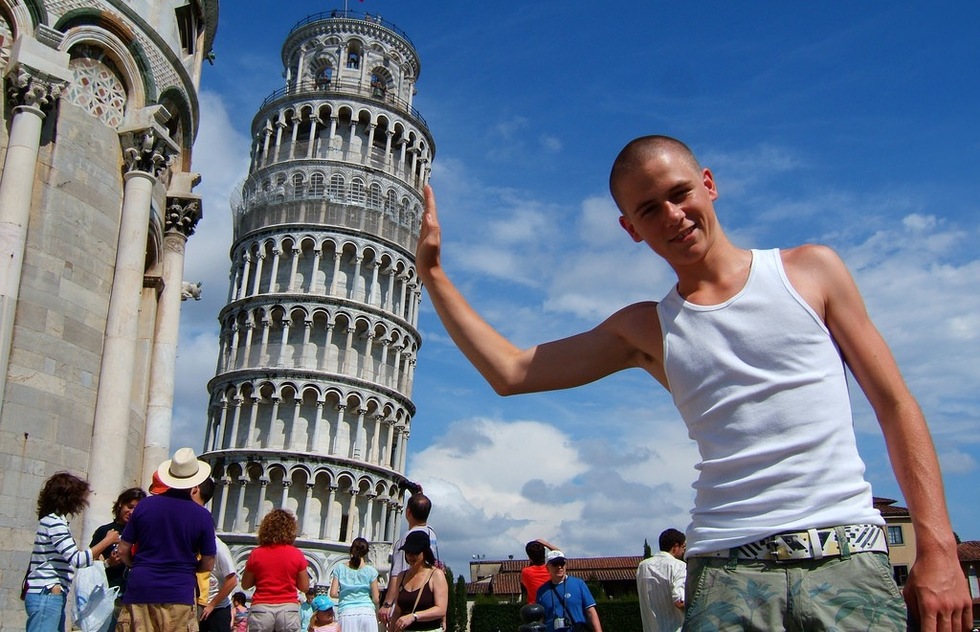 The Leaning Tower of Pisa Is Leaning Less

The Leaning Tower of Pisa is standing a little straighter these days.

Engineers say that the tilt of the Italian icon has reduced by about 4cm (1.6 in.), according to news reports.

More significantly, the international group that monitors the tower has deemed it stable, safe, and unlikely to topple over.

For these developments we can thank a restoration process begun in the 1990s, when safety concerns led officials to close access to the interior of the 57m (186-ft.) landmark for more than a decade.

As the Associated Press recounts, workers meanwhile installed lead counterweights at the base and removed soil from under the foundations, decreasing the lean by an initial 43 cm (17 in.).

And now the thing continues to straighten, whether as a long-term consequence of those earlier measures or as another example of the site's unpredictability. Due to the shifting ground beneath the tower, its 12th-century builders realized they were constructing a lean-to by the time the second floor was finished, according to Smithsonian magazine.

Today, the number of visitors allowed inside is limited in order to maintain structural soundness. That means you should reserve a ticket online in advance of your trip—and don't be late for your scheduled time slot or you won't be allowed in. The price of admission to the tower is €18 (US$21).

Now let's look at some pictures of tourists looking ridiculous as they pose for the classic holding-up-the-Leaning-Tower-of-Pisa shot.