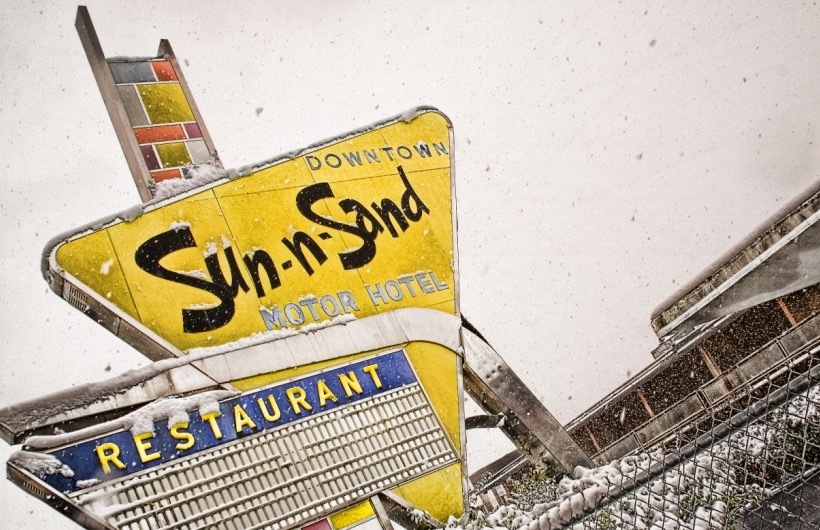 The Most Endangered Historic Sites in the United States

The church where Emmett Till's funeral was held, a Depression-era wellness spa, and an earthquake-rattled historic district in Puerto Rico are among the most endangered places of cultural significance in the United States, according to an annual list released by the National Trust for Historic Preservation.

Each year since 1988, the nonprofit organization raises the alarm for a different set of 11 historic sites that "are at risk of destruction or irreparable damage," the group's website reads, due to "threats ranging from neglect to natural disasters to inappropriate development."

• Jackson, Mississippi's Sun-n-Sand Motor Hotel (pictured above), a mid-20th-century downtown motel that once hosted state legislators as well as civil rights activists but now faces demolition so that the state can install a parking lot
• Pittsburgh's vacant and dilapidated National Negro Opera Company House, which served as headquarters for the nation's first Black opera company
• Rassawek, site of the traditional capital of the Monacan Indian Nation, based at the fork of Virginia's Rivanna and James rivers, where a water-pumping facility is planned


• The West Berkeley Shellmound and Village Site, an already paved-over burial and ceremonial ground of the Ohlone people in current-day Berkeley, California
• The Ponce Historic Zone in Puerto Rico, where regular earthquakes have badly destabilized the colorful 19th-century architecture
• The Riverside, California, home of the Harada family, Japanese-Americans who successfully managed to keep ownership of the house—now fallen into disrepair—in a landmark court case challenging restrictive anti-immigrant property laws
•  The structurally decaying Roberts Temple Church of God in Christ, a Chicago house of worship that held the 1955 funeral of lynched 14-year-old Emmett Till—a major catalyst in the civil rights movement
• Cincinnati's deteriorating Terrace Plaza Hotel, the first hotel designed by influential architecture firm Skidmore, Owings & Merrill
• The up-for-demolition Alazan-Apache Courts, San Antonio's oldest and largest public housing complex
• Yates Memorial Hospital, an Episcopal mission that became a hospital in early 20th-century Ketchikan, Alaska, and is now just about to fall apart
• And the Hall of Waters, a Missouri mineral water health resort near Kansas City that needs millions of dollars to repair facilities (built by the Works Progress Administration in 1938), including a full spa, the "world's longest water bar," and a competition-size swimming pool

The purpose of the annual list is to bring awareness to sites in need of preservation, prompting donations and encouraging members of the public to contact elected officials on behalf of irreplaceable American heritage sites.

The National Trust for Historic Preservation has a pretty good track record. The group's website reports that of the more than 300 places marked as endangered in the last 33 years, fewer than 5% have been lost.

For information on how you can lend your support, visit SavingPlaces.org.