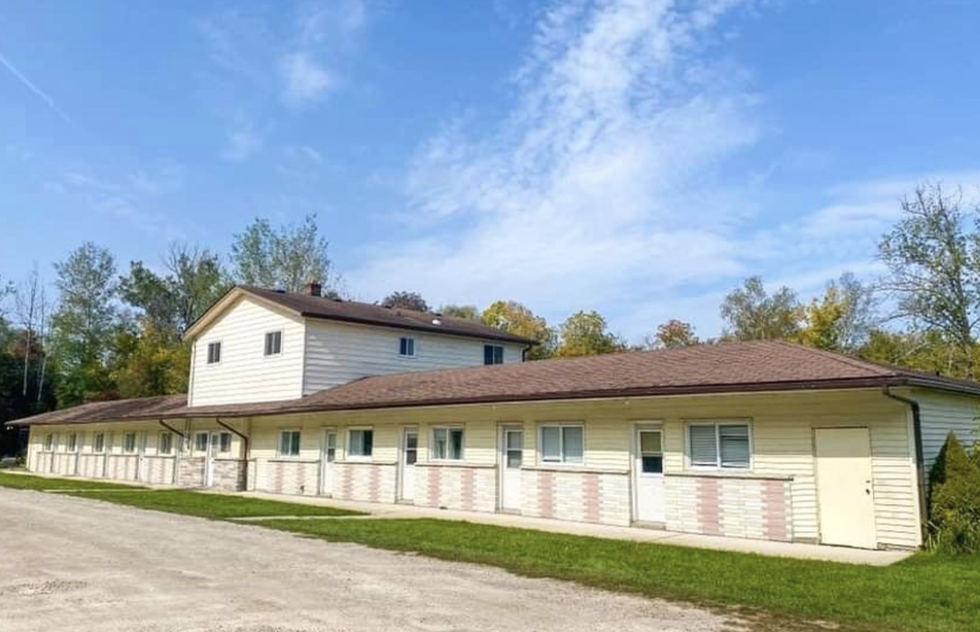 In Search of Sarah

The Motel from "Schitt's Creek" Is for Sale! (Wig Wall Not Included)

The Ontario motel used for exterior shots on the TV comedy Schitt's Creek is up for sale.

Located on 6.7 wooded acres in the town of Mono about 55 miles north of Toronto, the Hockley Motel stood in for the Rosebud Motel on the beloved, eminently quotable Canadian series, which aired from 2015–20 and is available now for compulsive repeat viewings on Netflix.

On the show, the shabby motel becomes home base for the formerly wealthy Rose family (played by Eugene Levy, Catherine O'Hara, Daniel Levy, and Annie Murphy) after they lose everything and are forced to relocate to the titular town in the middle of nowhere.

Interior scenes were shot on a set, according to Insider, but the cast and crew made regular appearances in town to shoot outdoor scenes.

The Hockley's current owner, Jesse Tipping, told local newspaper the Orangeville Banner that he bought the 10-room lodging in 2011 to house recruits for a prep school basketball program he oversees.

Though it hasn't been a proper motel in a while, the building has other onscreen credits, including the 2005 film A History of Violence and another Netflix show, The Umbrella Academy.

The asking price on the Colliers International real estate listing is CA$2 million, which comes out to around US$1.6 million.

"The Property is currently not operational," note the realtors, but "a new owner has the ability to create something special."

Which sounds like the place needs some work. But if you're a fan of Schitt's Creek, you'd be disappointed if you couldn't walk in and go, "Ew, David!"

In addition to the 10 guest rooms, there's a two-floor manager's suite and a separate cottage. The trout- and salmon-filled Nottawasaga River is just out back.

If you do end up buying the place, the first order of business should be putting the words "Rosebud Motel" on the facade. The building just looks naked otherwise.