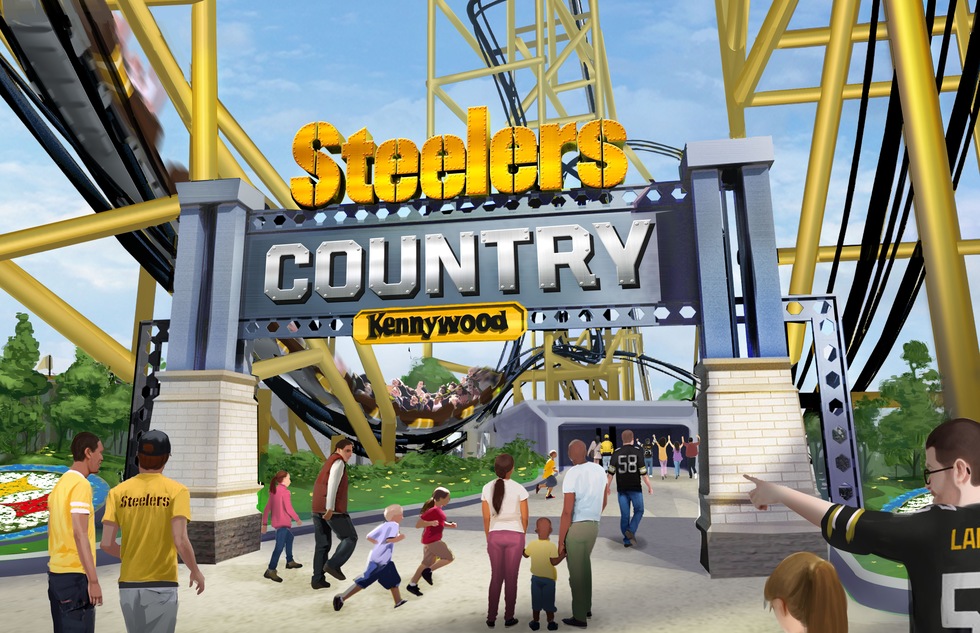 The Pittsburgh Steelers Are Getting a Roller Coaster

One of America's oldest amusement parks is teaming up with one of the NFL's most storied franchises.

Kennywood, which originated as a "trolley park" around the turn of the 20th century and still operates classic rides from the 1920s, is constructing a new themed area dedicated entirely to the Pittsburgh Steelers, whose Heinz Field is about 12 miles west of Kennywood (just go up the snaking Monongahela River and across the Allegheny).

Steelers Country, as the land will be christened, takes the place of the park's old log flume ride, and its centerpiece will be a record-setting roller coaster named the Steel Curtain in honor of the football team's formidable '70s-era defensive line.

Fortunately, the ride has nothing to do with slamming into an impenetrable wall of defense. But passengers may feel like a spiraling football—the Steel Curtain will have nine inversions (coaster-speak for upside-down moments).

That's a North American record. And one of those inversions will be the world's tallest, at 197 feet. 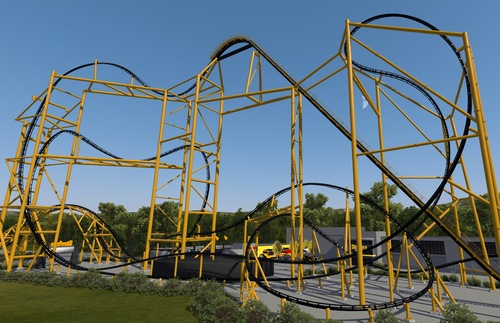 In addition to the roller coaster, Steelers Country will feature numerous chances for fans to act out their own NFL fantasies by participating in practice drills, perfecting touchdown dances, and trotting through a replica of Heinz Field's entrance tunnel.

There will also be midway games, food options designed to recall tailgating, and enough black-and-gold merchandise to make New England Patriots fans break out in hives.

"New England might be a tough sell," Kennywood director of public relations Nick Paradise acknowledged to USA Today regarding the park's prospects for attracting guests beyond Steelers diehards.

But the land can be seen as a celebration of football in general, he hastened to add.

Though an official opening date for Steelers Country hasn't been set yet, Paradise told us over the phone that Kennywood is aiming for a summer 2019 kickoff.