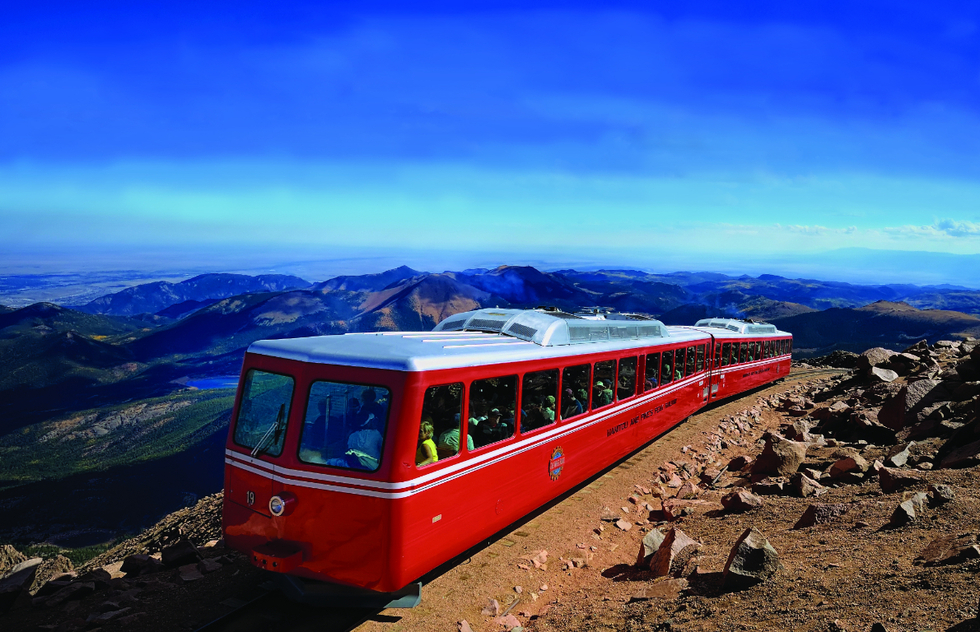 After a nearly four-year-long closure for renovations, the historic sightseeing railway that climbs Pikes Peak in Colorado is once again taking tourists to the same view that inspired "America the Beautiful."

Finished in 1891 and owned by The Broadmoor resort since 1925, the country's highest railway was shut down for a $100 million makeover in October 2017.

In addition to the new depot, there are now new tracks, new train cars, and, at the top of the mountain, a new visitor center with food-and-beverage options and interactive digital displays explaining the history and geology of the famed, 14,115-foot-tall peak. 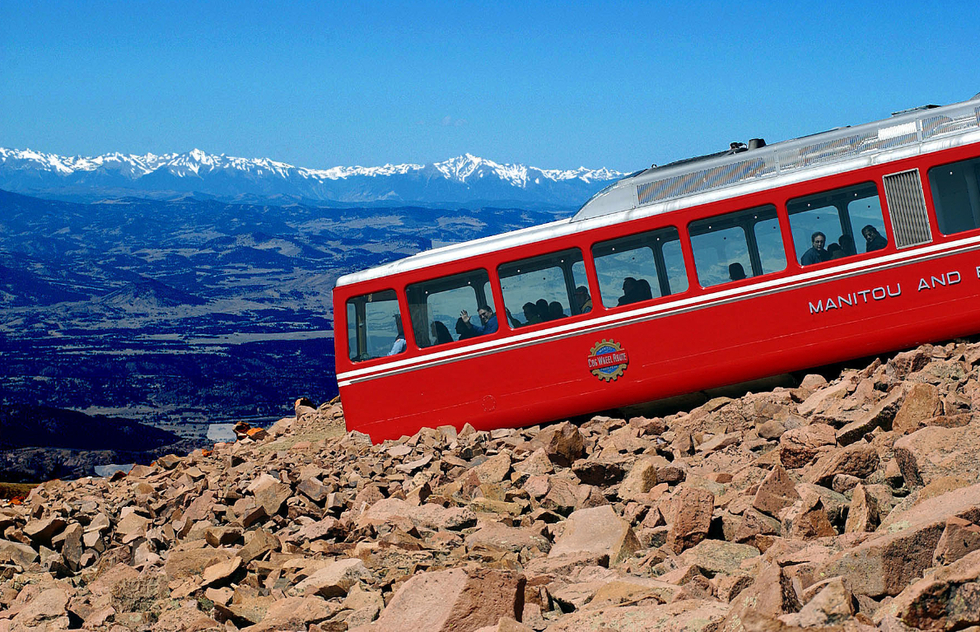 Fortunately for visitors, the spectacular views from the summit still encompass the "purple mountain majesties" that prompted college professor Katharine Lee Bates to write the lyrics to "America the Beautiful" after a journey up Pikes Peak in the 1890s (for the record, she rode a mule to the top).

To negotiate the steep elevation, the train has gearlike wheels designed to run on a toothed rail for better traction. 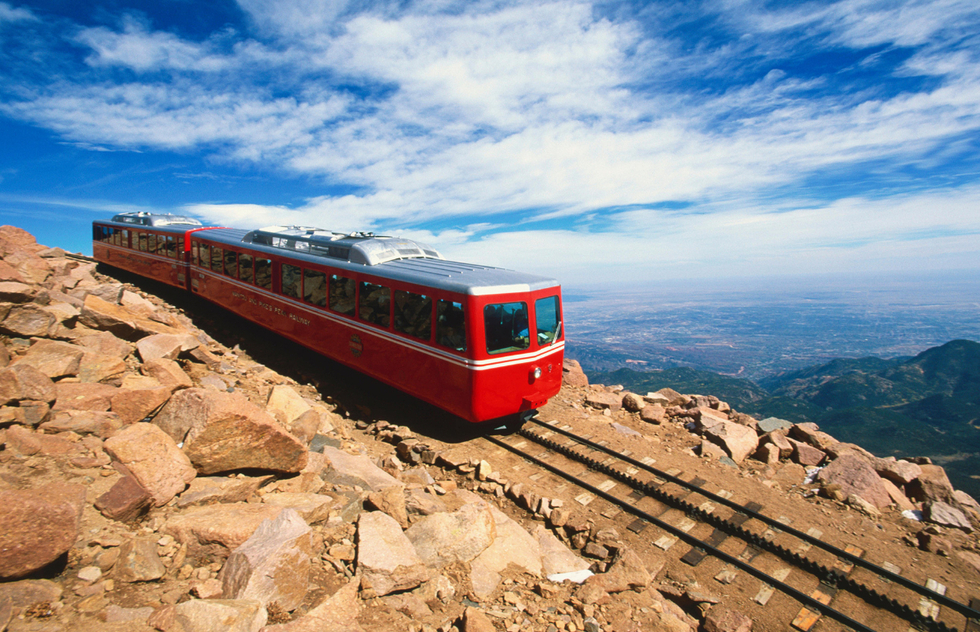 In the U.S., there's only one such still-operating cog railway that's older: the Mount Washington Cog Railway, which made its debut in New Hampshire's White Mountains in 1868.

The round-trip rail ride up and down Pikes Peak takes about three hours, including a 40-minute stop at the summit so you can gape at the view and maybe have a snack. 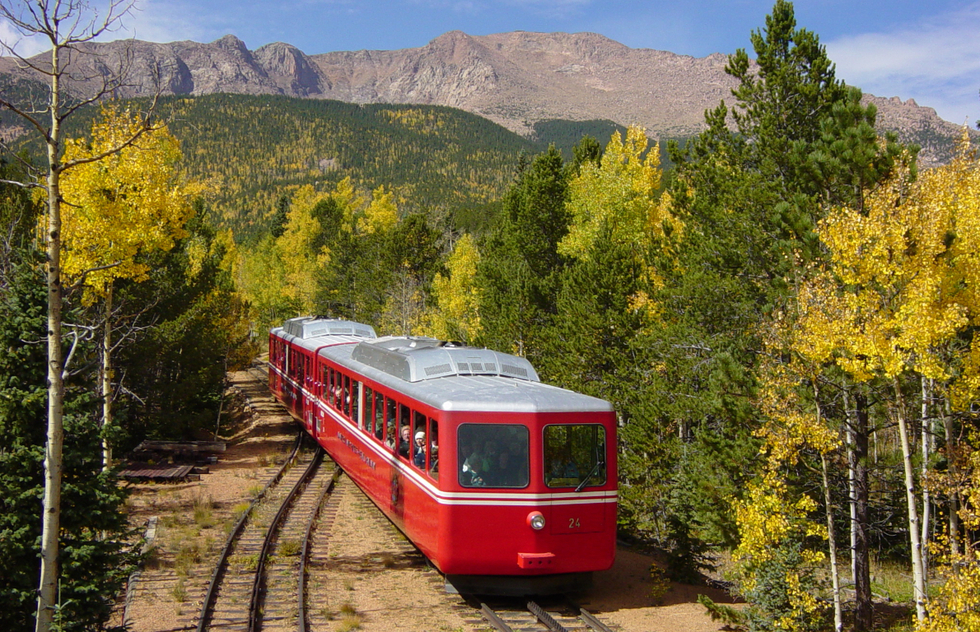 Admission starts at $58 for adults, $48 for kids ages 12 and under. You can pay $10 more per person for reserved seating.

Buy tickets in advance at CogRailway.com.