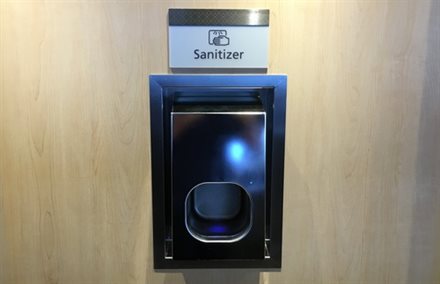 The Centers for Disease Control and Prevention in the United States has put out some sobering new numbers on cruise ship norovirus outbreaks.

It looked at all data between 2008 and 2014. And contrary to what the panic drummed up by your local news station, outbreaks are down. "During the study period, the rates of acute gastroenteritis per 100,000 travel days decreased among passengers from 27.2 cases in 2008 to 22.3 in 2014." That's down, but not so much that it's statistically relevant.

But the report goes on to put cruise norovirus outbreaks into much more startling perspective.

"Approximately 73.5 million passengers sailed on voyages that required a [Vessel Sanitation Program] report during 2008–2014. During that period, 172,810 passengers and crew members met VSP’s case definition for acute gastroenteritis, accounting for 0.18% of passengers and 0.15% of crew members (outbreak and nonoutbreak illnesses combined)."

That's right: The number of passengers affected by outbreaks was less than two tenths of one percent.

What's more, cruise ship norovirus outbreaks accounted for just 0.01% of estimated cases in the entire United States from 2008 to 2014.

In fact, the numbers are trending downward because the cruise lines are doing such a good job of clamping down on sanitation practices. Said the report: "Fewer and less severe outbreaks are likely the result of earlier detection of acute gastroenteritis, along with cruise industry efforts to identify and control outbreaks..." (Click here to read Frommer's' feature on cruise health safety tips.)

As much as it might titillate the imagination to picture hordes of passengers heaving over the rails of a disease-rocked vessel, it just doesn't happen in numbers that suit the mountain of media attention given to it.

To read the report and its methodology for yourself, head over to the CDC's website by clicking here.