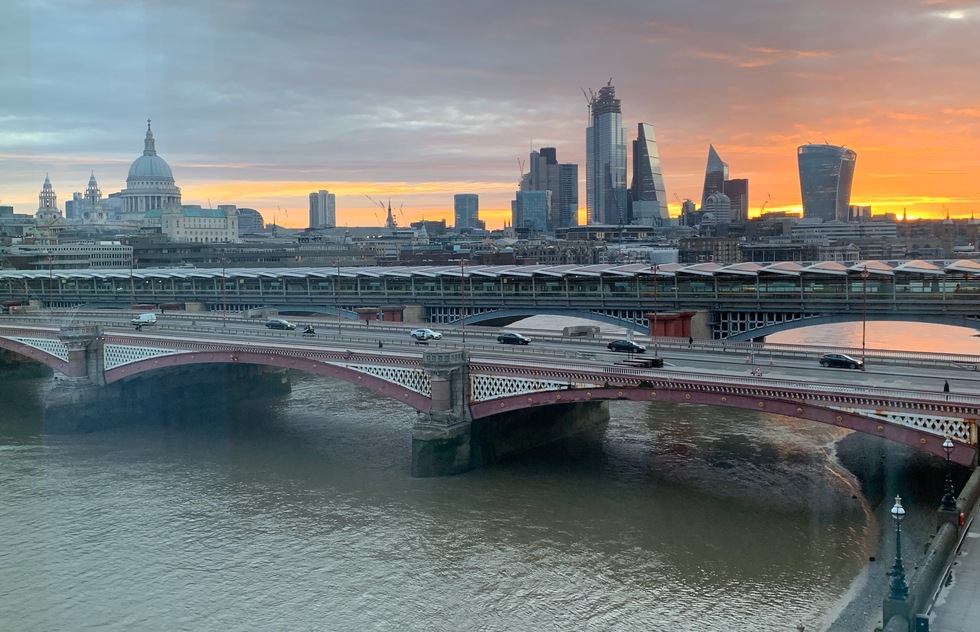 The U.K. Scraps All Entry Obstacles for Vaxxed Visitors

The world has lived with Covid-19 travel restrictions for so long that the news seems too good to be true.

Starting February 11, most tourists who enter the United Kingdom will need only their passports and vaccination cards.

No testing before the flight. No testing after entry. No quarantine. No other virus-related restrictions or added expenses. No vaccination pass required to go to restaurants or attractions, as is required across the Channel in France.

It's a new dawn in London (pictured above) and the rest of the United Kingdom. Getting into England, Scotland, Wales, and Northern Ireland will be almost like the old days.

"It’s obvious to me now that border testing for vaccinated travelers has outlived its usefulness, and we’re therefore scrapping all travel tests for vaccinated people," British Prime Minister Boris Johnson told the press.

Fully vaccinated visitors from most Western countries, including the United States, won't have to do much more than carry their vaccination cards, which many people already do at home, and fill out the passenger landing card, which was a requirement in a different form long before Covid-19 came on the scene. Just two months ago, as the Omicron variant surged, Britain mandated preflight testing even for the vaccinated—but now that the wave has crested, those barriers have been dropped.

Unvaccinated visitors, though, will still have to jump through multiple hoops to help mitigate the risk that they present. They will no longer have to retest eight days after arrival or self-isolate, but they will still have to show proof of a negative test taken two days before travel as well as submit to (and pay for) a test upon arrival. Children under 18 will not be subject to the regulations.

Masks will still be required of everyone on public transit and in many shared indoor spaces.

For the full entry rules to the United Kingdom, see the official information pages on Gov.uk.

Britain's travel industry has been itching for this change. No sooner was it announced than VisitBritain, the country's official tourism booster, pulled the trigger on a £10 million (US $13.5 million) ad campaign to bring tourists back.

Industry observers expressed excitement not only for the announcement, but also for the British government's declaration that it intends to end the roller coaster ride of restrictions that have marred travel for the past two years.

“We now look ahead to what we believe will be a strong summer," said Johan Lundgren, the head of European discount airline EasyJet. “It is clear travel restrictions did not materially slow the spread of Omicron in the U.K. and so it is important that there are no more knee-jerk reactions to future variants.”

British health officials expect the new regulations to last in part because of a high national uptake rate for vaccination; in England, 91% of residents have had at least one jab, and 63% are fully vaccinated and boosted. Additionally, Omicron's recent intense rampage left wide swaths of the population with natural immunity.

"The framework set out today is intended to be one that will last," the government said in its announcement. "It aims to provide stability for travelers and the travel industry throughout 2022."

"We have entered a new chapter in our fight against Covid-19 and we’re taking a balanced approach as we learn to live with the virus," said U.K. Health and Social Care Secretary Sajid Javid.

As Omicron peaks and recedes in Europe, leaders are finally feeling confident enough to throw aside the old blanket restrictions. Earlier this week, Britain's neighbor Ireland dispensed with nearly all Covid restrictions on public behavior, formally ending curfews, crowd limits, and other curbs against viral spread.