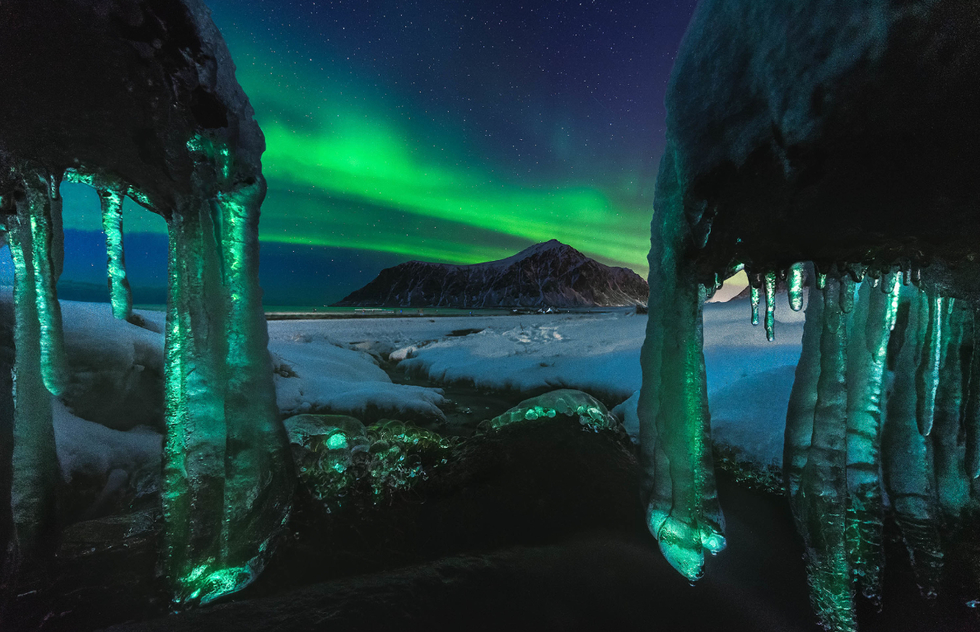 The Year's Most Spectacular Photos of the Northern Lights

Among difficult photography subjects, the northern lights rank up there with butterflies and fussy 2-year-olds.

Those who aim to snap a pic of the aurora borealis and its southern-hemisphere cousin, the aurora australis, must contend with an unpredictable, ever-shifting phenomenon that can make grown folks cry. Which is also true of toddlers, except that with the northern lights the tears come from joy.

Each December, the travel photography blog Capture the Atlas releases its Northern Lights Photographer of the Year awards to honor the most impressive images of the polar spectacle captured during the previous aurora seasons, which last from September to April in the northern hemisphere and from March to September below the equator. 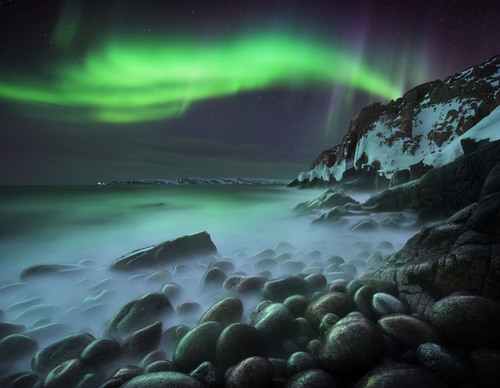 At Capture the Atlas you can see the winning images in all their high-res glory and read brief descriptions from each photographer about getting the shot.

Dennis Hellwig recalls squeezing himself and his tripod between icicles to take his dramatic photo on Norway's Lofoten Islands (pictured at top). Ben Maze marvels at his "incredible fortune" to witness a convergence of astronomical color and oceanic bioluminescence during a trip to the Australian island of Tasmania. 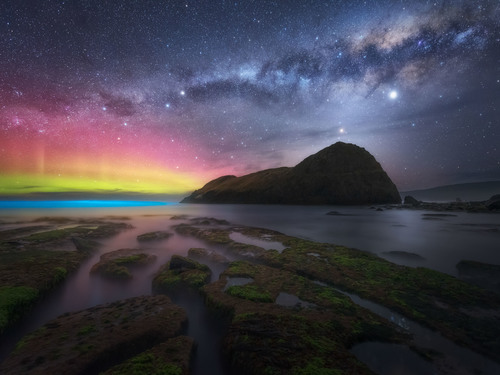 (“The Hunt’s Reward” by Ben Maze, shot in Tasmania, Australia)

And Iurie Belegurschi recounts the time his car got stuck in the snow at Iceland's Thingvellir National Park and he didn't even mind because the northern lights showed up to shimmer in the sky—and in the reflection on a pond's surface below. 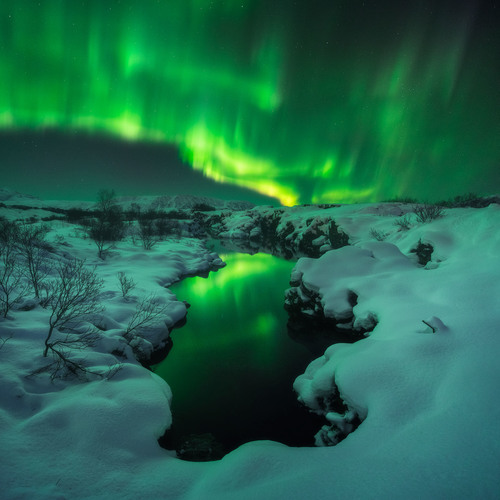 (“Symphony of the Lights” by Iurie Belegurschi, shot at Thingvellir, Iceland)

Winners were selected by Capture the Atlas editor Dan Zafra, who judges the "quality of the image, the story behind the shot, and the overall inspiration that the photograph can provide," according to a press release.

At the end of a year full of ugly scenes, the photos present a welcome reminder that the world hasn't exhausted its supply of beauty just yet.

To see the full list of winners, visit capturetheatlas.com. And for help getting your own decent photographs of the northern lights once it's safe to travel to polar regions again, check out the site's step-by-step tutorial.