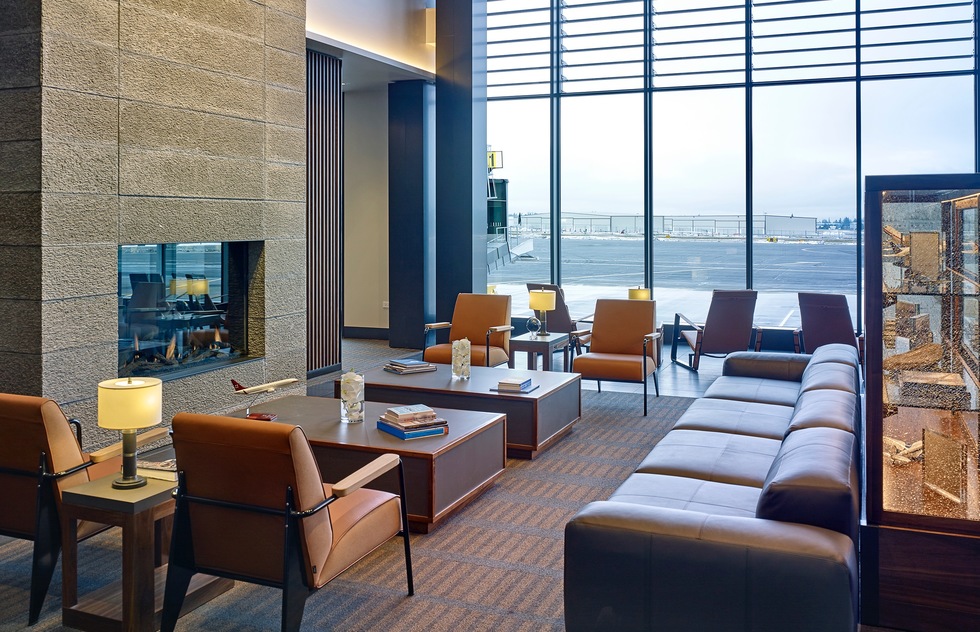 As of this week, travelers have a new commercial airport option in the Seattle area.

Located about 25 miles north of the city in the town of Everett, Washington, Paine Field has been around since the Great Depression but has primarily been used, up until now, by Boeing's wide-body assembly plant.

In recent years the airport was cleared for commercial flights, and on Monday, March 4, the first service from United and Alaska Airlines took off. Now Paine Field has a freshly constructed passenger terminal with a modernist interior design, local food and drink options, and capacious windows for watching Boeing behemoths roll off the assembly line. (The Boeing Factory Tour is nearby, too.)

The flights from the airport are all to West Coast or regional destinations: Phoenix; Los Angeles, Orange County, San Diego, San Francisco, and San Jose, California; Denver; Las Vegas; and Portland, Oregon. Service to some of those places won't get going until the end of the month.

According to USA Today, Seattleites are thrilled to have an alternative to Seattle-Tacoma International Airport, which is surrounded by "some of the country's worst traffic."

That main airport is situated only about 14 miles south of the city—hence the traffic—though light-rail public transit can get you from downtown to the airport in about 45 minutes.

Reaching the new terminal at Paine Field by public bus (there's no train) takes an hour and 20 minutes, though an express bus scheduled to begin operating on March 24 should shave some time off that. Driving between Seattle and Everett takes around 30–40 minutes. For rental cars, Avis and Enterprise serve the airfield.