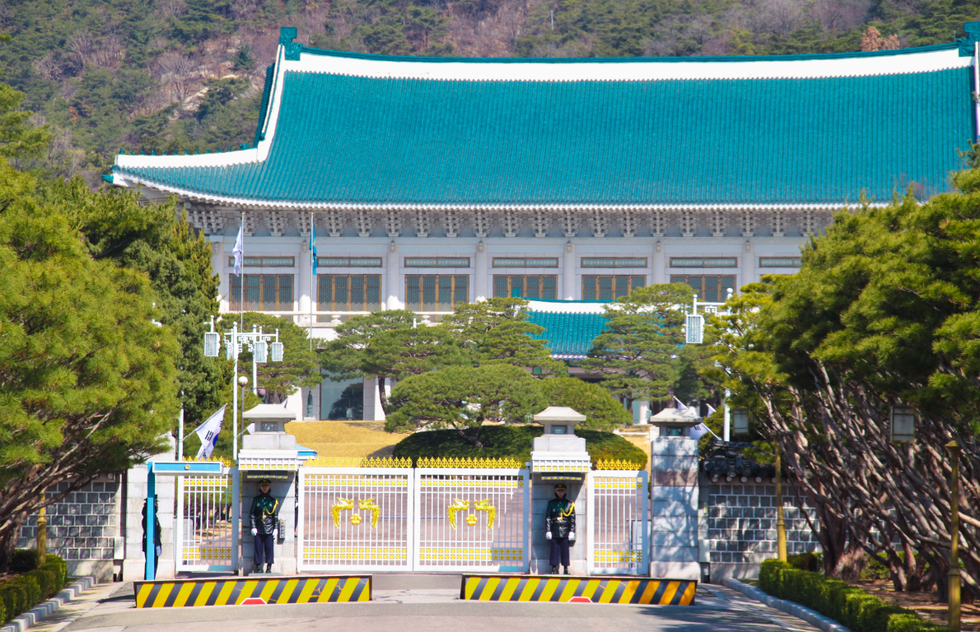 Cheong Wa Dae, also known as the Blue House for the thousands of blue tiles decorating its roof, served as the presidential palace in Seoul starting in 1948.

But as one of his first acts in office, new South Korean President Yoon Suk Yeol moved the presidential base earlier this month to the country's Defense Ministry compound about 5km (3 miles) away.

Depending on whom you ask, he either relocated in order to bestow the Blue House on the people as a gift or because he was spooked by the bad mojo of a place whose past presidential residents have undergone corruption trials, imprisonment, and other misfortunes. (As Agence France-Presse reports, Yoon has been criticized for putting too much stock in feng shui and for having alleged ties to a shaman.)

In any case, the president moved out and the gates of the up-to-now heavily fortified Blue House compound opened to the public for the first time in 74 years.

Located in Seoul's historic Jongno-gu district, the Blue House sits against a mountain backdrop behind the royal Gyeongbokgung palace, which dates to the late 14th century.

According to the Associated Press, the Blue House site was once a royal garden, then the official residence of Japan's governors-general during Tokyo’s colonial rule of the Korean Peninsula. Following the liberation of Korea in 1945, the U.S. military commander was based here until the founding of South Korea in 1948. 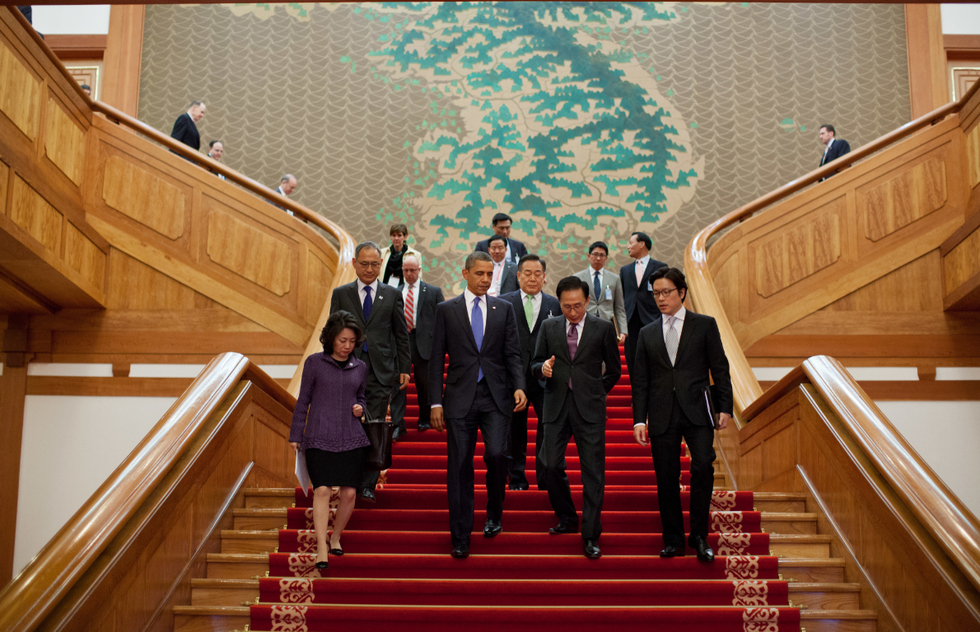 In the first two weeks after opening the grounds to visitors on May 10, a whopping 377,888 lookie-loos toured the site, reports the English-language Korea Herald, with more than 5 million people applying to visit (though admission is free, advance reservations must be made online and no more than 39,000 people per day are admitted).

And all those early visitors couldn't even go inside yet. Because communication equipment and other items related to national security still needed to be removed from the complex, members of the public had to content themselves with poking around the gardens, snapping photos of those famous blue tiles, and watching cultural performances.

This week, though, tours of certain indoor spaces have launched. South Korea's Cultural Heritage Administration shows off the state reception hall and media center, where foreign dignitaries were entertained and government policies were announced, respectively.

Visitors can learn about state dinners attended by U.S. presidents and can play government flack in the press briefing room.

More parts of the Blue House will reportedly open to visitors soon, and a new online reservation system is expected to debut next month.

In the meantime, visit the official Blue House website for more information.

To find Covid-19 restrictions for traveling from the United States to South Korea—which no longer requires a quarantine for vaccinated visitors who register their vaccination histories ahead of time—go to the website of the U.S. Embassy & Consulate.